The insanity of the US energy policy. Consequences coming home. 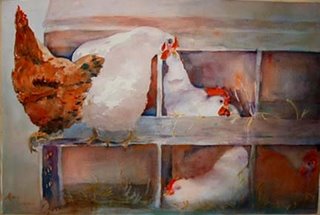 There was one more obvious vulnerability and that was in the importation and use of petroleum. It is simply bewildering to me that this vulnerability has been tolerated.

Is there anyone left standing that believes the energy security of the United States of America has been improved by this administration and the Democratic and Republican members of Congress. Read this and ask yourself,"Is this the best we can do?"

US deficit heading towards record BBC

High oil costs have been boosting the cost of products such as petrol
The US current account deficit has kept widening, signalling that the world's largest economy is still having to foot a massive bill for energy imports.
The deficit was $225.6bn in the three months to the end of September, up from a revised $217.1bn in the previous quarter, the Commerce Department said.

That pushed the total for the first nine months of the year to $655.9bn, well on course for an annual record.

The deficit's size has raised concerns about the state of the US economy.

Critics of President George W Bush have argued that the US has not done enough to protect its workers, or pressure China into changing its trading practices, which have been heavily blamed for the size of the trade deficit.

However, while the figures so far this year have been worrying, there has been a dip in oil prices in recent months and a slide in the value of the dollar, both of which may bode well for the size of the deficit in the fourth quarter and beyond.

"The bottom line is that the deficit should start improving now, but there is a long, long, way to go before it gets down to a sustainable level," Capital Economics said.

"Reaching that kind of level will require not only a marked moderation in import growth, but a substantial depreciation in the dollar as well."

Analysts look at the current account deficit because it shows the value of goods, services and investments that flow in and out of the US.

As a result, it is a good gauge of domestic and foreign demand, and highlights the amount of money the US is going to have to borrow to bridge the deficit between what it imports and exports.

In the third quarter, the balance of payments gap was worth 6.8% of total US gross domestic product (GDP).

Higher oil prices have affected inflation and import costs worldwide, and their impact on the US could be seen in the goods deficit, which was $8bn higher at $218.6bn. Imports were $480.7bn, compared to exports of $262.1bn.

The shortfall in investment flows rose to a record of $3.8bn, signalling that an increasing number of US assets are in foreign hands.