Elephant "Person of the Year", The Solar System. 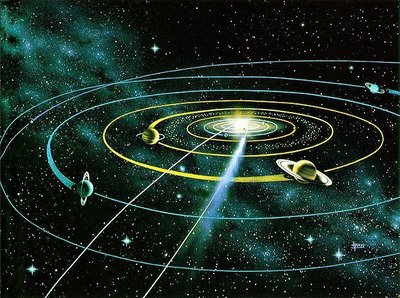 After 216,000 hours of deliberation, examined at every possible angle and galactic analysis for the slightest glimmer of "political incorrectness": after spending $3,955,629,973.22, an elephant of color, in this case gray, has divined the person of the year.

We anguished over the term "man of the year." Although it can claim literary superiority over the more generic term, "person of the year", we decided form should follow non-conform and as "anonymous" constantly prods us about our lesser circulation, we bent to the broken clock.

Inspired by the ingenuity and bravery of Time Magazine we looked at the big picture. At the end of the day, actually at the end of time, we concluded that every particle had its place in time. Each element, erg, proton, light beam and quark of life was examined. We considered the diversity of the un-diverse and the inclusion of the excluded. X-rays were welcomed as in-rays. Little known accomplishments were valued for their contribution to the fabric of, well just about everything. Who can conclude that one element of life is more important or exalted over any other? Who can judge? Inspired by the concept of non-judgmentalism and equivalence, we glanced at the work of our media brethren at Time. Read these inspiring words from Time:

"To be sure, there are individuals we could blame for the many painful and disturbing things that happened in 2006. The conflict in Iraq only got bloodier and more entrenched. A vicious skirmish erupted between Israel and Lebanon. A war dragged on in Sudan. A tin-pot dictator in North Korea got the Bomb, and the President of Iran wants to go nuclear too. Meanwhile nobody fixed global warming, and Sony didn't make enough PlayStation3s.

But look at 2006 through a different lens and you'll see another story, one that isn't about conflict or great men. It's a story about community and collaboration on a scale never seen before. It's about the cosmic compendium of knowledge Wikipedia and the million-channel people's network YouTube and the online metropolis MySpace. It's about the many wresting power from the few and helping one another for nothing and how that will not only change the world, but also change the way the world changes..."

Time is on to something. The Elephant, possibly on something, considered this:

“For example, in different laboratory experiments protons are studied at energies that range over 21 orders of magnitudes, from ~10-27 J, or in terms of temperature ~50 µK, in Bose-Einstein condensation of hydrogen, to ~10-6 J at the Large Hadron Collider (LHC) that is being built at CERN. Theoretical physicists, who are not limited by practical concerns, discuss energies that are even many orders of magnitude higher.”

With all that in mind, how could anyone conclude less than that the entire solar system is the true "Person of the year."