Mankind in League with the Devil 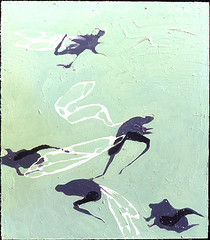 BAGHDAD, Iraq - Two car bombs targeting day laborers looking for work exploded within seconds of each other Tuesday on a main square in central Baghdad, killing at least 57 people and wounding more than 150, police said.

The coordinated attack in Tayaran Square involved a suicide attacker who drove up to the day laborers pretending to want to hire them, then set off his explosives as they got into his minibus, Lt. Bilal Ali said. At virtually the same time — 7 a.m. — a bomb exploded in a car parked some 30 yards away.

What kind of people carry out this kind of insanity. I would call them animals but that's an insult to the animal world. No, this is an evil deed. Which is the realm of man...and the devil.

Be sober, be vigilant; because your adversary the devil, as a roaring lion, walketh about, seeking whom he may devour:1 Peter 5:8 (King James Version)