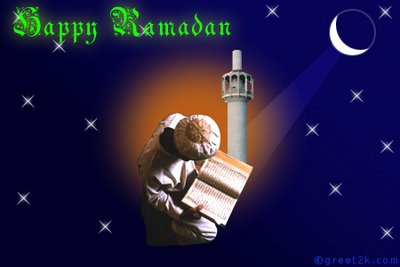 It has been my contention that the West and the US failed to recognize Islam for what it is. We say the obvious, "Islam is a religion." The very sentence contains a phrase with an intellectual trap. The phrase allows for an equivalency with Episcopalians, Presbyterians, Jews, Catholics, and their practices such as church bells, inspirational hymns, and Sunday best clothes on fresh-faced kids going to Sunday school. A religion in twenty first century parlance is something of grace, privacy and spiritual contentment. Religion gives solace for grief, hope for despair, and forgiveness for wrongs and sin.

The haters of all religions placed Islam in the same basket as other religions because they neither see the difference nor do they care for anything outside their secular agenda. There are a lot of religion haters in secular society and religion haters are over represented in the general media.

Islam appeared to them as just another exotic religion and contemporary societal mores of equivalency let Islam slip into western society with little scrutiny. Diversity from sea to shining sea clouded the normal scrutiny that allows human beings to make needed and acceptable discrimination of ideas.

Outrage after outrage has brought Islam front and center for a more skeptical and closer review. The "religion of peace" has, shall we say, some issues. It is time to eliminate the idiotic idea that to judge a concept or idea is “judgmental” and wrong.

There is a site that has some very interesting snippets about the inherent charm of Islam. It puts new meaning to the spirit of the upcoming Ramadan season. Consider:

We are concerned here with the Bedouin Arabs who resided in the Arabian Peninsula. Here our ancestors developed civilization, but only on the coastal fringes, specially in the Southern regions that is today Yemen, and limited settled civilization around the bigger oases of Makkah and Yathrib (later renamed Medina).

Till the 7th century, we did not make any impact on global civilization, till we were united by a charismatic but sadistic and cruel leader - Mohammed (yimach shmo ve-zichro - may his name and memory be obliterated). The story of Mohammed is that of a superlative but warped genius who was born in 570 C.E.. A genius who combined in himself the role of a military strategist, a psychologist, motivator and commander of men.

With a harsh childhood in which he lost his parents, he grew to manhood earlier in life than most kids of his age. But the hardships that accompanied his growth from childhood to adolescence made him an epileptic. His epileptic fits were to play a pivotal role in his later life an create an hallucination that some god was talking to him

There is an occurrence in Mohammed’s life that is eloquent on this issue of his mental illness. Once Mohammed. and his foster brother were playing when Halima, his nurse was nursing him in the desert. Suddenly, the foster brother came running to Halima and said that Mohammed was sick. When they went out, they found a young Mohammed behind the bushes with his clothes turned up. It's possible that he was sexually assaulted; however, much later a legend was created partially by Mohammed himself that two angels in grey robe came and one split his chest open and took out the heart and removed a dark clot and then when they weighed him the whole universe weighed less than Mohammed!

The possibility that he was sexually assaulted (sodomized) in his childhood seems to have made him a bitter person and could have accentuated his mental illness, but in spite of this he showed uncanny ability to manipulate and get the results he wanted. In most probabilities, his mental illness could have been a wild form of paranoid schizophrenia.

In his later life, during his 'revelations' he groaned like a she-camel having a baby (which by the way is not a pleasant sound). He had directed his followers to cover him up with a black blanket whenever he suffered from the epileptic fits and that's why he carried this black blanket with him all the time. This narration is the kernel of historical truth that has come down through ages of Arab-Muslim folklore that grew around him.

How Mohammed shrewdly grabbed a leadership role, igniting his innate desire to be a leader of men

And it so happened that Mohammed came to know of this condition, and the evil genius that he was, he realized that this was his opportunity to thrust himself on a higher pedestal. Next morning when the Meccans had gathered to see who walks towards the Kabba first, came our man Mohammed walking nonchalantly towards the holiest object of the Quraish of Mecca.

Little did the Quraish realize that the person walking towards the Kaaba was not the chosen one, but one who held within him a diabolical genius who by this petty but powerful act grabbed unto himself an exalted position of being in charge of repairs to the Kaaba and paved the way himself to elevate his position in the eyes of the Meccans.

This shrewd and diabolical act of the evil genius Mohammed was to start a trail to bloodshed thru Persia, Byzantine, Egypt, North Africa, Spain, France, Balkans… and of which 9/11 was the most dramatic example a trail which has not ended till today, nor will it end till Islam is brought to its full and final end.

Till that point in time, Mohammed was any other Arab, any other Bedouin, any other Quraish tribal. But from then onwards, his stature changed in the eyes of his compatriots. And most importantly, it changed in his own eyes. He began considering that he had to fulfill a mission, an extraordinary mission. His delusion was nurtured by his being an epileptic and he hallucinated that he was in direct communication with god. He began to rationalize his ideas about his personal grandeur by telling people that god had chosen him as his messenger. His claims were met with ridicule.

Mohammed’s epileptic. fits now began play a pivotal role making him hallucinate that he was in communion with some god

But his innate ambition to be a leader of men, had been fuelled by his having managed to be chosen to undertake repairs to the Kaaba. An ambition, which he consciously and deliberately nurtured through his epileptic fits using which he fibbed that god had communicated through the Jibril (the Bedouin word for our angel Gabriel) and commanded him to be the leader of all men by asking for their submission. The concept of submission was so overriding, that the faith he founded was also named Submission or in Arabic Islam.

The canard that Islam means “peace”, is a misconception deliberately created by Muslim-apologists to pull wool over the eyes of innocuous Westerners and other non-Muslims. While actually the word Islam comes from and Arabic term for “losing oneself” “submitting” or “surrendering” to the will (of Mohammed). So please, in spite of what Muslims will tell you, do not be deceived by claims that Islam means peace. Islam means “submission”.

The Arabic word for peace is Salam, derived from the same Hebrew word Shalom which also means peace. But “Islam” and “Salam” are two incongruous words that share no common ground either in name or in substance.