The Illusions of democracy in the Middle East. 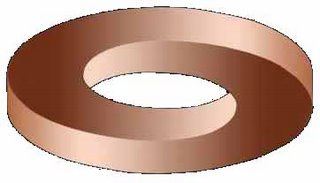 Deutsche Welle, never a font of optimism, has posted an opinion piece on the current state of democracy in the Arab world and Palestine in particular. Peter Philipp is Deutsche Welle's chief correspondent and specialist in Middle East affairs. He speculates on what not to expect from new elections in Palestine:

Palestinian President Mahmoud Abbas has called for new elections to solve the current crisis. But DW's Peter Philipp argues that the chances for success are slim.

Democracy without free elections is unimaginable, but that's not to say that free elections bring about democracy. Triggered by the developments and events in the Middle East, this sobering realization must have spread particularly in the United States last week.

Take Iraq: One year after the first, truly free election, the situation there is now worse than ever. Everything moves towards civil war at such a pace that even critics of the US occupation warn that a swift withdrawal would create just more chaos. The Saudis, who usually like to stay out of everything, have warned that they would completely support Iraqi Sunnis in case of a US withdrawal.

In Baghdad, people now try to demonstrate national unity and reconciliation. But that's as unlikely to succeed as in Lebanon: There, free elections also took place. An inclusive coalition government is now under the massive pressure of the Islamist Hezbollah and her allies to grant them a minority veto power in government. Many worry that a new civil war will be the alternative.

That's exactly what Palestinians fear for the autonomous territories. President Mahmoud Abbas hopes to prevent such a development by holding new elections in the very near future. Hamas spokespeople accuse Abbas of abusing his powers in an unconstitutional way and have already announced their resistance against this "coup from above." This, too, could lead to civil war.

Even if that's not the case, it's more than questionable whether new elections will solve the problem. Hamas was elected in January, because people were tired of the corrupt PLO, because the peace process had not brought results and because the despair in the Palestinian territories had apparently reached boiling point. Apparently. It's become much worse since then.

As Hamas does not uphold the PLO's agreements with Israel and refuses to recognize Israel, the government is boycotted by the West and does not receive desperately needed financial aid. Officials smuggle Arab and Iranian donations into the country, but that's no way to govern. Attempts to form a broad coalition of nonpartisan experts all failed. Following attacks from both sides -- including one on Premier Haniya -- Abbas seems to have come to the conclusion that only presidential and parliamentary elections can bring salvation.

It's a dim hope, as elections alone have not turned things around in Iraq nor in Lebanon. Why should it be different in Palestine the second time around?

Will elections make any difference in the Middle East?