Iraq. It's the security, stupid. 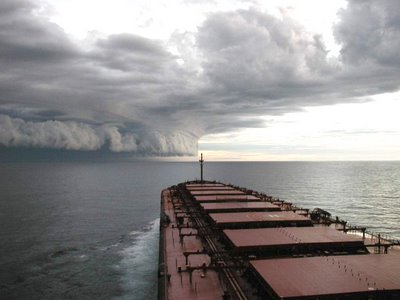 There is no way out.

If the Middle East were a cancer patient undergoing surgery, the surgeon would open her up, take a grim look, ask for sutures and close. Treat the pain and wait for the inevitable. That is where the analogy ends, because this patient is not going to die. It will kill. The disease will spread and the consequences are incalculable.

The Iraq Study Group, led by James Baker attempts to craft a means for US withdrawal from Iraq. It bases the means on a successful form of Iraqification. That would be possible if there were enough Iraqis willing to fight and die for Iraq. (There certainly seems to be an adequate amount willing to kill.) They would have to believe that Iraq has a future. The evidence that this is so is not encouraging.

Much of the cream of Iraq society has fled the country, with estimates at high as 1.6 million and possibly 300,000 to 500,000 internal refugees. The U.S.-led invasion removed effective governance and to date has not successfully installed or enforced a replacement. At least 60,000 to 80,000 Iraqis have died, most at the hands of other Iraqis. No sane person can believe the situation will improve with the US leaving Iraq abruptly. You can hate Bush for getting us involved in the first place and despise the ineptitude of the occupation but whatever your level of frustration the problem remains.

The problem is no longer restricted to Iraq. It is becoming clearer by the day that Iran has taken sides with the Shiites and Saudi Arabia is now making noises about backing the Sunnis if the US withdraws from Iraq. Powell was at least half correct. We broke it. Time will tell who owns it.

If the US does withdraw from Iraq, the withdrawal would be temporary to the extreme. The reason for the original military involvement with Iraq was the Kuwaiti and Saudi oil fields. The US and Western dependence on ME oil has not lessened. It has gotten worse. A proxy war between Iranian sponsored Shiites and a Saudi led Sunnis would drag the US back into the fight for no other reason than to provide security for the oil fields and sea-lanes.

The truth is, if the ME had no oil. there would be no US intervention in Iraq. There would have been little interest and notice of the Iraq invasion of Kuwait.

Two days ago, I posted some out-takes from the second Bush Gore debate. You do not have to be a genius to see that Bush, as did Gore, had a strong predisposition to engage Iraq. Bush did it with a particular relish and without an adequate plan to deal with the internal security problem and that is the essence of the problem, security.

Stripped naked of ideology and politics, Iraq presents a security concern for the area and the world. All the rhetoric about democracy and ideology is useless. The hyperbole about the “War on Terror” and bringing democracy to the Middle East is somewhere between optimistic and delusional. It is politically divisive to potential aliies and threatening to whatever order remains in the area. Bush, like Carter before him should just take advice from Chirac and know when to shut up. No one is buying what he is hawking. They will buy security. You may not like the realpolitik sound to this, but the current mess was created by ideologues who are out of ideas, or at least any that make any sense.

The French, the Germans, Saudis, Jordan, Egypt, China, US and the EU in general all have an interest in security. Call them the coalition of the reluctant. Strip the bark and sapwood off the current mission-impossible and get to the heartwood of security. A plan that restores security can be constructed and enforced. The simple stated goal of "security first" will play. The right American President will have to lead the way to restore security to the Middle East. Bush could do it but he won't. Too bad.