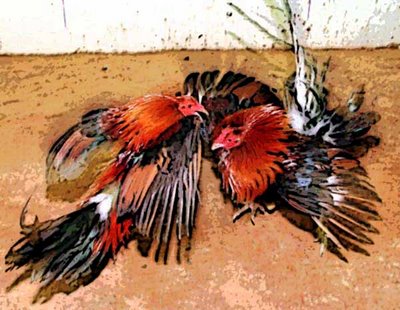 Today is the election in Venezuela and the world waits for the results. Will Venezuela continue on with their brash anti-American hero or will they reject his belligerence?

The race in Venezuela is between Hugo Chavez and America. It is also a battlefield in the on-going war waged by angry anti-globalists armed with ill-defined, anti-capitalist ideology. It is the struggle between those supporting an open, expanding market and those who are too ready to support anyone such as Stalin, Castro or Chavez. The left supports any champion for their cause without a thought to the implications of that support. They often throw up the straw man that Chavez is not a dictator, but the democratically elected leader of Venezuela. They neglect the fact that Adolph Hitler was the democratically elected leader of Germany. These malcontents want revolution but ignore the history of the 20th century when one bellicose "leader" after another promised a shortcut to "prosperity for all" but instead put their countries on paths to destruction.

The BBC has this comment thread asking people if they will vote.

Judging from the comments, the world's leftists have embraced the anti-Americanism of Señor Chavez while the Venezuelans seem to be tilting away from his leadership. It's a polarized world; with the blame falling most often on the foreign policies of George Bush or a rampant "free-market capitalism run amok." Stay tuned.