Hawaii blogger calling it as he sees it. Comments from Doug. 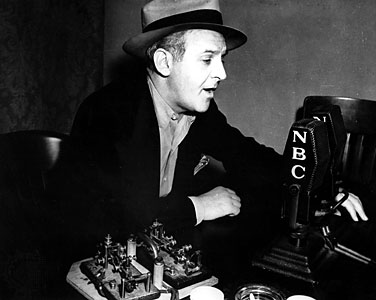 A few days ago we did a two part post on the predicament the US faces in Iraq over Sadr and the Madi army.

Doug at Driveby ,who is a frequent commenter here and at the BC has a new blog and put up this post referring to the Newsweek article on Sadr. The Newsweek article is a superb piece and Doug comments on it. There is another post by Doug above and it is worthy of a read. We reprint Doug's post in its entirety:

..."In the winter of 2004, a senior adviser to Ambassador Paul Bremer, the American proconsul in Iraq, was traveling in the south, meeting with friendly clerics and community leaders.
"I could see how frightened they were of [Sadr] and his Mahdi Army," recalls the aide, Larry Diamond.
"I was driven past an area, a kind of compound where his black-clad army was training for the upcoming revolution to seize power and take over.

It just dawned on me that these people were going to make this place an authoritarian hell of a new sort, Taliban style, and would murder a lot of our allies in the process."

Diamond went to Bremer and gave him his assessment:
the United States urgently needed to act against Sadr. Bremer responded that he was waiting for a new plan from Coalition forces.
"I first wanted to go after him when he had probably fewer than 200 followers,"
Bremer recalled in an interview with NEWSWEEK last week.
"I couldn't make it happen ... the Marines were resisting doing anything."
But in the meantime, on March 28, 2004, Bremer suspended publication of Sadr's newspaper after it ran an editorial praising the 9/11 attacks on America as a "blessing from God."

The response was swift: mass demonstrations, which led to the first of two Sadr uprisings in 2004.
In a final meeting between Diamond and Bremer on April 1, Diamond pressed the point that the United States needed more troops in Iraq. It was around 8 p.m., and Bremer's dinner was sitting on a tray uneaten. He looked exhausted.
"And he just didn't want to hear it," says Diamond.
"In retrospect, I think he had gone to the well on this issue of more troops during 2003, had gotten nowhere ... and had just resigned himself to the fact that these troops just weren't going to come.
I think the tragedy is that everyone just gave up."...
---


In Washington, some politicians still talk about "victory," while others aim only to stabilize the country and leave with some semblance of dignity.
Many in the U.S. capital are dusting off yesterday's proposals for tomorrow's problems—more training, more troops, disarming the militias, more stability in Baghdad.

The GOP presidential front runner for 2008, John McCain, would prefer to increase the number of U.S. troops in Iraq by 20,000, at least temporarily. He has also called for Sadr to be "taken out." But it may be too late.The movement may now be more important than the man. Sadr "is faced with a common problem," says Toby Dodge of the International Institute for Strategic Studies in London. "He can't control the use of his brand name, the use of his legitimacy."

The Mahdi Army has other sources of cash. It's taken control of gas stations throughout large parts of Baghdad, and dominates the Shia trade in propane-gas canisters, which Iraqis use for cooking. Sometimes the militiamen sell the propane at a premium, earning healthy profits; at other times they sell it at well below market rates, earning gratitude from the poor and unemployed.A key source of Sadr's income is Muslim tithes—or khoms—collected at mosques. But his militiamen also run extortion and protection rackets—demanding money to keep certain businesses and individuals "safe." One Iraqi in a tough neighborhood, who did not want to reveal his name out of fear, says he pays the local Mahdi Army the equivalent of $13 a month for protection.
---
No one in Iraq talks about arresting Sadr for the murder of al-Khoei anymore. That seems like ages ago—back when Sadr's armed supporters were estimated in the hundreds, compared with many thousands today. Now diplomats speak of trying to keep Sadr inside the political system, hoping he can tame his followers.