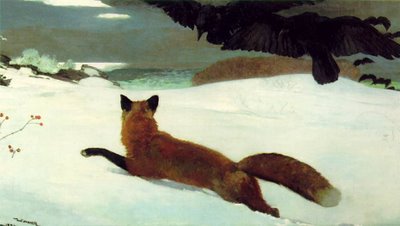 Across the United States, around Thanksgiving, is the beginning of hunting season. As a boy, it was a time bigger than Christmas. It was a holiday and a right of passage, a time to be a man in every sense of what a man is and a man does.

It began weeks ahead with the ritual preparation and cleaning of your weapons, guns and oil, arrows and quivers, neatfooting oil on leather.

It was the conversations you had with other men, your father and uncles, friends and brothers, discussing the where and whens of hunting season. The discussions would be about the farms that permitted hunting and those that did not. Almost all did. It was about the planning and buying of a license and ammunition. There was never a discussion about being for hunting or against it, no more than you would debate whether supper was necessary or not. It was an accepted part of a cycle of life. A ritual as old as humanity any yet it would soon change.

Sometime later, somewhere in the seventies a new guard of societal police decided to set new standards not just for themselves but for all. Male self reliance and the things men did became a thing of derision. Derision became practice. Practice became law. A concept of a new enlightenment would trickle through society and rose over the footing of every aspect of modern life, schools and education, smoking and not smoking, politics, entertainment, music, manufacturing and litigation and yes even hunting.

But we did say that hunting was a season. It did not last but was part of a cycle, a rhythm in time. A time where it came and went and came again. With time, the ugly season of political correctness, group think, cultural sensitivity, even the hideous of uglies, diversity, will all pass from the tongue and the scene. Time for coffee.