Have we Run Out of Time in Iraq? 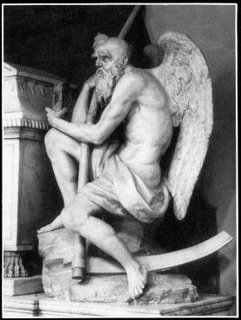 According to a recent ABC News poll only 17% of the American public support sending more troops to Iraq. 28% think we should leave Iraq immediately but 70% think our troop strength should be decreased but not immediately. Over 70% of the surveyed Democrats think we ought to leave immediately.

The Generals have said that surging troops into Iraq will be counterproductive. Unless we can find 30,000 troops trained in the Military’s new “police work” counter insurgency operations, there’s no point in sending them as they will likely undo the “good” that has been done. Others say that unless more troops are sent to disarm the militias there will be no security in Baghdad and without security, our efforts in Iraq will inevitably come to failure.

The problem is “time.” Despite the Coalition's efforts to date, the average Iraqi soldier seems to view military service as merely a paycheck. Early on, AWOL and desertion rates were so high that a very lenient policy had to be adopted in order “build numbers.” Among those troops that have seen action, significant numbers have “disappeared” when called upon to put their training into practice. Iraqi Police Forces are seen as being more corrupt, less disciplined and more partisan than the Army. The British operation in Najaf against the "Serious Crimes Division" highlights the problem within the Iraqi police forces. Colonel David Hunt said last weekend that the “entire Iraqi police force” is worthless.

Al-Maliki, like Faoud Sinoura in Lebanon, is a weak leader who must walk a fine line. His military and police forces owe no allegiance to the nascent Iraqi state and it’s very questionable whether the US has the will to remain long enough to do the nation building necessary to ensure Iraq’s future. Without American protection, Al-Maliki is in an untenable position and is more susceptible to assassination than Pakistan’s President Musharraf. Without a strong commitment from the United States, he has no incentive to crack down on the Sadr militia which has been allowed to swell to 25,000 strong. To do so would be signing his own death warrant which will be carried out as soon as the Americans are no longer around to provide for his security. Iraqi politicians have no confidence in their military and no will to use them against the Iraqi people. Better to let the US or British be seen as the “bad guys.”

With the Democrat control of Congress and waning US public opinion, the Iraqis can tell which way the wind is blowing. Both al-Maliki and Sistani have indicated that Sadr is not a problem. They say the problem is with the Sunni and Baathist insurgents, Al-Qaeda, Foreign Jihadists, and the criminal element which evidently includes the Police. The only crackdown we are likely to see is on al-Qaeda and other foreigners, actual criminals or operations against death squads that can be publicly described as criminal enterprises.

It’s doubtful that 30,000 additional troops sent for a year or 18 months will buy the time required to make something out of the disparate collection of tribes and clans that behave like a herd of cats.