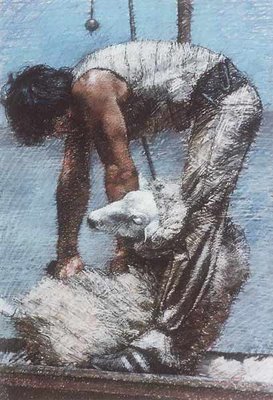 Gazprom will pay $7.5bn (£3.8bn) for a 50%-plus-one-share stake in the Sakhalin 2 field after Shell was accused of damaging the environment. Comment: The excuse for why they stole it.

The deal was signed by President Vladimir Putin and top executives from Royal Dutch Shell and Gazprom. Comment: The thief and the sheep.

Officials from the project's Japanese partners were also present. Comment: Witnesses to Western idiocy in dealing with GWB's soul brother.