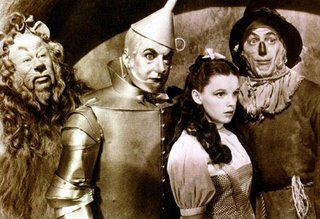 Another New Year's Resolution time is upon us. The annual cleansing of bad habits and wishful thinking has ancient roots. History records that New Year celebrations go back to the Babylonians 4000 years ago. They celebrated in March which is the beginning of a new growing season. That seems logical and tied to the natural cycle of seasons, the celebration would go back thousand of more years before written history. The beginning of a new growing season is rich with metaphors on a new time to start again.

Like the political establishment of the US three day weekend holiday schedule, Roman politicians changed the beginning of the year from late March to January 1. Julius Caesar, never lacking in ambition, established the Julian Calendar in 46 BC. The Christian Church, which was the Roman Catholic Church, was against the holiday before it was for the holiday. It has been a celebrated day with increasing gusto for the last three or four hundred years and now is universally recognized. There is no logical reason for it to be celebrated on 1 January, but it is, and it comes accompanied with making New Years resolutions.

Irwin Seltzer in the current Spectator, has a few resolutions for President Bush. They include three areas, Iraq, China and Russia. Here’s what to do in 2007, Mr President. The question is a serious one because the world is a much more dangerous place than when President Bush came into office. It is debatable that Bush made it that way. So far, it is obvious he has not made it better. What New Year resolution would you make for President Bush? It may be wishful thinking, but that is what we all do.