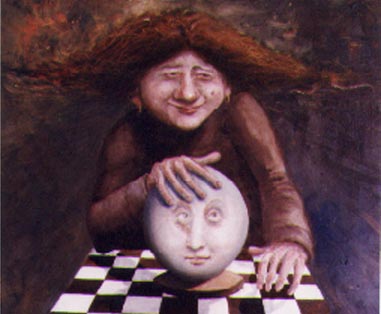 An ominous sign of things to come in Iraq?


Baghdad (AINA) -- Followers of Moqtada al-Sadr have issued a fatwa concerning school girls, according to an Assyrian priest in Baghdad. The fatwa requires all girls to wear the veil while attending school. In an unusual twist of logic, the fatwa implies that failure to wear the veil would be tantamount on the girls' part to complicity in the death of the Imam Husayn ibn Ali (killed in 680 A.D. in Karbala in a battle with the army of the Caliphate.)

The priest indicated the fatwa was at least for the New Baghdad neighborhood, where many Christians live, and that he feared for the safety of the Christian girls in the area.

The fatwa appears to be an attempt by Sadr and his followers to establish a Taliban style Islamic theocracy in Iraq. According to an article in the Middle East Journal, "Muqtada called on May 2 [2003] for strict Islamic law to be applied to Iraq's Christians, as well, including the prohibition on bars and on allowing women to appear unveiled. This ruling appears to be a restatement of one of his father's fatwas, but this time the al-Sadr family had the authority to make it stick in some parts of Iraq. In contrast, Grand Ayatollah Sistani issued a statement saying that the Najaf establishment had not called for forcible veiling."

Editor's note: AINA has withheld the name of the priest to ensure his safety.

Newsweek has put together a very sobering issue on the rise of Moqtada al-Sadr.

Dec. 4, 2006 issue - One way to understand Moqtada al-Sadr is to think of him as a young Mafia don. He aims for respectability, and is willing to kill for it. Yet the extent of his power isn't obvious to the untrained eye. He has no standing army or police force, and the Mahdi Army gunmen he employs have no tanks or aircraft. You could mistake him—at your peril—for a common thug or gang leader. And if he or his people were to kill you for your ignorance, he wouldn't claim credit. But the message would be clear to those who understand the brutal language of the Iraqi Street.

American soldiers who patrol Sadr's turf in Baghdad understand. They can spot his men. "They look like they're pulling security," says First Lt. Robert Hartley, a 25-year-old who plays cat and mouse with the Mahdi Army in the Iraqi capital. The Sadrists use children and young men as lookouts. When GIs get out of their Humvees to patrol on foot, one of the watchers will fly a kite, or release a flock of pigeons. Some of Sadr's people have even infiltrated top ranks of the Iraqi police. Capt. Tom Kapla, 29, says he knows who they are: "They look at you, and you can tell they want to kill you."... Read all of it