Iraq, the eye of the storm in the Arab world. 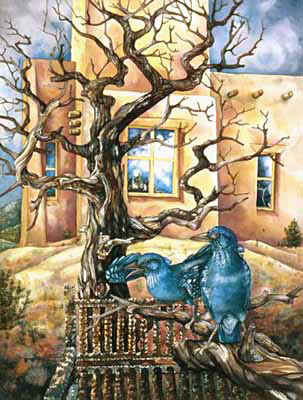 It has been no secret to the leaders and tyrants who universally dominate the Arab world, that repression is a necessary tool of statecraft. They know their people. Some like Egypt's Hosni Mubarak begged the Bush Administration not to go into Iraq. He feared the repercussions. He was right.

Those who know the Middle East and understand the tribal nature of the Arab clans and the power of the Muslim clerics, also know that if the steel grip of the more secular rulers is weakened, all hell will break loose as the divisons within Islam surface. Events in Iraq have validated the fear.

Nature abhors a vacuum and nature practices its lessons on those who do not pay attention. Iraq is broken. Iraq is being pulled apart by those elements that want to fill the unfilled power slots. They know the rules and they play the game with absolute ruthlessness. Regardless of which plan is implemented in Iraq, the Arabs and Sunnis know they will outlast any foreign power. Any viable solution will have to be one that is negotiated between the tribes and backed up with force. Whoever rules will do so with the rawest application of brutality and force. In one form or another we will end up with another Saddam. Saddam Hussein knew and practiced his craft well. His successor will also.

The neighborhood is worried about their prospects, as they should. From UPI:

The foreign ministers of ten Arab countries who convened under the chairmanship of Arab League Secretary-General Amr Mousa Tuesday will make yet another attempt to convince rival Iraqi factions to get together at the League's seat in Cairo next February. Such efforts are geared towards averting what appears to be an inevitable full-fledged sectarian war, an Arab diplomatic source told United Press International.

A preparatory meeting for the aspired reconciliation summit held at the Cairo-based Arab League in November 2005 proved to be in vain as it failed to convince the warring Iraqi factions to hold their fire and end bloodletting as a first step towards consensus.

"Developments on the ground and disorder and violence sweeping Iraq necessitate an immediate Arab action to protect Iraq's future from the dangers of fragmentation and slipping into war that would spill over the border and threaten the region's security and stability," Mousa warned.

Iraqi Foreign Minister Hoshiar Zibari was critical of what he described as "Arab neglect and slackening" in taking a leading role to help resolve Iraq's crisis.

"I have asked for a clear Arab support of Iraq's political process and government in which Egypt would take the lead," Zibari said after talks with Egyptian President Hosni Mubarak.

"The increasing Iranian role in Iraq of which we are complaining is due to the decline of the Arab role," Zibari added.

The meeting convened in the absence of Syrian Foreign Minister Waleed Muallem, whose country is allied to Iran, which the Arabs accuse of encouraging sectarian strife in Iraq.