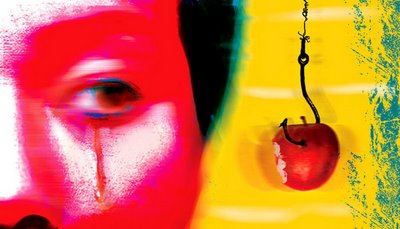 I am an outdoorsman. I grew up in the country where walking out the door meant farm, field, and wood. Hunting and fishing began within steps never interrupted by getting into a car. Riding a bike was on gravel roads with unpretentious names. The road names described where you were going or an event of actual occurrence. The seasons and land dictated a natural rhythm of where blackberries, wild plums, black cherries or hickory nuts could be picked in competition with birds and game.

Baseball, football and shooting were dictated by nothing more than walking to meet friends in familiar unfinished fields. Adventure, sport and chores were normal parts of every young life. That gift was the natural expectation and practice.

Young adulthood meant military service, a trade or college. None was exclusive of the other. Love of adventure and the outdoors focused my choice. I was not unique. That life vanished for most young people. Sport became institutional and the need for adventure took bizarre and exotic twists of doing non-sensible and risky things in strange places at odd times. Extreme became a euphemism for stupid and reckless. A young paratrooper maimed or killed in a bad jump suffers a bad fate doing what he loved or was necessary for the practice of his chosen craft. It is not the same as a young man jumping from a bridge with a sports chute and suffering a similar consequences. Not the same thing, fate and tempting fate. One is private and necessary. The other is exhibitionistic narcissism gone wrong and ending badly.

Too often we are dragged into the media drama of foolish people doing foolish and stupid things, suffering the consequences of tempting fate and losing the bet. The latest is of three mountain climbers lost on Mount Hood. This is not the hard luck tale of a young family, lost on a snowy mountain road and the heroic efforts of the young father dying but saving his family. That was fate and bad luck.

The climber story is different but increasingly familiar. The teary interviews of desperate family begging others to risk their lives to save their foolish and endangered love ones are part of the ritual.

In this case three mountain climbers did what no sensible sportsman or outdoorsman would do. They climbed Oregon’s highest peak in terrible winter conditions. They tempted fate for bragging rights. They lost. That is hard luck but not tragic. Decisions in life have consequences. Tragedy belongs to the right thing gone wrong. Stupidity, practiced with lethal consequences is still stupid and sad, but is still only a predictable consequence of tempting fate. It is a lesson for all.