Winter in the North. Cartwright Labrador. 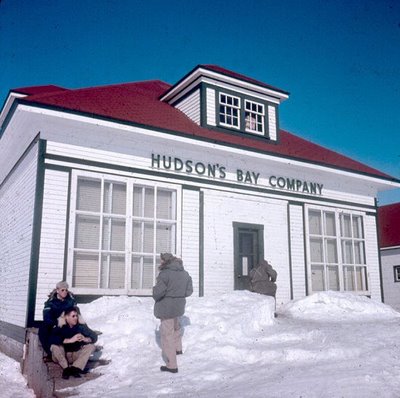 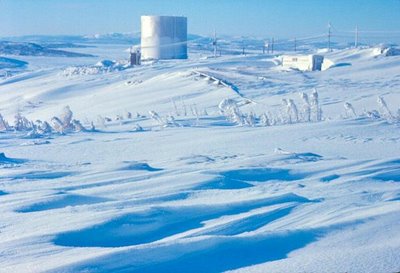 It is winter in the North, twenty six tonight. I love cold quiet nights. One in particular stands in my memory.

The fishing village of Cartwright is on the Atlantic coast of Labrador in Canada. Up through the 1960s it defined the word isolated. The nearest town of consequence was one hundred fifty miles to the west across mountains and lakes. No road connected Cartwright to anything. Access was by helicopter and during summer by ferry and tanker and fishing boat trawler.

The village had four hundred and fifty residents, no electricity and "no" a lot of other things. A dirt and gravel road connected a small dock and warehouse, up through the village to the top of a hill, three miles and change, to a US Air Force radar station. The 922nd Aircraft Control & Warning Squadron dominated the local economy, social life and connection to the outside world. To the GIs on site, everything outside of Cartwright was “the world.” During the day, mostly summer and spring, you could walk to the village, check in at The Hudson Bay General Store and walk back. There was an occasional air force bus that took local workers back and forth to the site at shift changes. During the winter, most of the year, a tracked vehicle called a trackmaster did duty going up and down the snow covered road. The last trip up was at 22:45.

I had fallen asleep on my girl friends couch, intoxicated by the warmth of a large dinner, a log fire and some old fashioned cadoodling. No excuse. I had to be at work in one hour and fifteen minutes. It was late January and thirty five degrees below zero. That meant mukluks over felt socks, snow pants and bib over thermals, and a wolf skin trimmed parka, zipped to what we called a periscope opening. It was too cold for gloves, you needed mitts. I harnessed a rifle over my shoulder, protection against free running pack dogs, and made my own free run over hard packed snow.

I could make it back doing double time. I set up a pace and rhythm recalling marching to the “heel, heel, heel” of a basic training drill instructor, except it was more of a “hayowl, hayowl, hayowl” that can only be done by a staff sergeant from the South. Yankees could not “hayoul, hayowl, hayowl,” like Southerners, but I could hear it in my head.

At temperatures below zero, snow crunches and squeaks under canvas mukluks. As I left the village, the last sounds of barking sled dogs and single lung generators were behind me. There really is a sound of silence. Really. No mechanical sounds and at that place no artificial light. I was making good time and well warmed from the pace. I had time and stopped. Peace. Silence.

It was hard to imagine the fitting of another star in that intense black sky. They lit the blue white ice and snow covered mountains to the west. The bay was frozen over as far into the Atlantic as you could see. It was all stars and ice, black and silver blue.

Wave after wave of electric blue northern lights rippled across the sky. The light traveled from horizon to horizon like a breeze through sheets hung on outside lines. No air moved. Quiet. Silence.

You could feel the northern lights and the silent clinking of the shimmering stars. Then there was a sound, the long slow deep muffled groan of sea ice shifting. Somehow you wanted to save it all to share with others but that was not possible. The moment passed and work had to be done.