Let's give peace a chance. The Saudis can help. 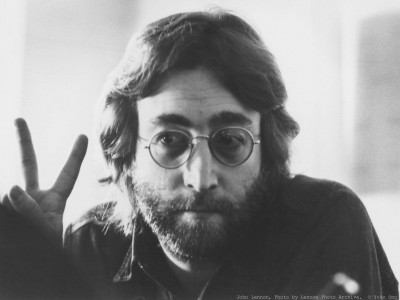 Yesterday President Bush met with Tariq al-Hashemi, Iraq's vice president and a leader of the largest Sunni Muslim bloc in The Iraq parliament. A the same time the President announced a delay in the new U.S. approach in Iraq until after the start of the new year.He has scheduled other meeting gathering facts. It is hard to believe that he needs more facts. He may need more time. Perhaps the Sunnis are beginning to understand the peril they will be in if the US leaves Iraq quickly.

There is no Sunni infrastructure remaining in Iraq. Most of the Iraq Army and police is either Shiite or Kurd. A US withdrawal will force the Sunnis to go outside the country for assistance.

The Bush administration meeting with Tariq al-Hashemi is called reaching out to political moderates in Iraq. The problem with that strategy is the moderates by definition are the source of the problem. That source is the militants.

U.S. Ambassador to Iraq, Zalmay Khalilzad, has been trying to encourage Iraq's militant factions to do just do I don't know what. The miltants are in high gear. Why would they quit now? The US looking for help from them is just nuts.

The Iranians continue to provide support to the militant Shiites. Now according to this morning's NYT, the Saudis are considering plan "B":

Saudis Give a Grim What If Should U.S. Opt to Leave Iraq

WASHINGTON, Dec. 12 — Saudi Arabia has told the Bush administration that it might provide financial backing to Iraqi Sunnis in any war against Iraq’s Shiites if the United States pulls its troops out of Iraq, according to American and Arab diplomats.

King Abdullah of Saudi Arabia conveyed that message to Vice President Dick Cheney two weeks ago during Mr. Cheney’s whirlwind visit to Riyadh, the officials said. During the visit, King Abdullah also expressed strong opposition to diplomatic talks between the United States and Iran, and pushed for Washington to encourage the resumption of peace talks between Israel and the Palestinians, senior Bush administration officials said.

The Saudi warning reflects fears among America’s Sunni Arab allies about Iran’s rising influence in Iraq, coupled with Tehran’s nuclear ambitions. King Abdullah II of Jordan has also expressed concern about rising Shiite influence, and about the prospect that the Shiite-dominated government would use Iraqi troops against the Sunni population.

The Saudis are worried about a US withdrawal and the power vacuum drawing all of Iraq's neighbors into a conflict.

The Saudis have an interesting card to play that could set down a very large marker with Iran. Iran is vulnerable with an ongoing need for money and a lot of it. Yesterday the German Chancellor, Merkel made comment expressing real concern about Iran getting the nuclear weapons it seeks. Europe will support some sanctions rather than face a US or Israeli attack on Iran. So here is the juice.

The expected results would be: