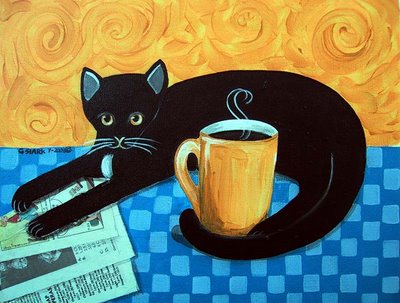 Tony Blair’s plane slipped off the runway in Miami. He has been slipping for some time so there is no news there.

Castro is still alive. Ford is not.

Castro has seen Presidents: Kennedy, Eisenhower, Truman, Nixon, Johnson, Reagan, and Ford die. Say what you like about Communism, but…

Gerry Ford died at 93. That is what you are supposed to do at 93. Not much real news there.

Saddam is to hang. Bush says it is dreadful, the EU says it’s wonderful. Now, that would be news.

Ethiopian, Somali troops regain Jowhar. Most everyone never noticed it was missing.

Israel to build a new settlement and Israeli Prime Minister Ehud Olmert has ordered a resumption of military strikes against Palestinian militants firing rockets from Gaza into Israel. What can you say?

Microsoft unveiling its newest security flawed operating system. They call it Vista. They could have honored veterans and called it the “Frozen Chosen.”

The Belmont Club does a story on Church choirs and restarts a religious war. C-4 is strangely silent.