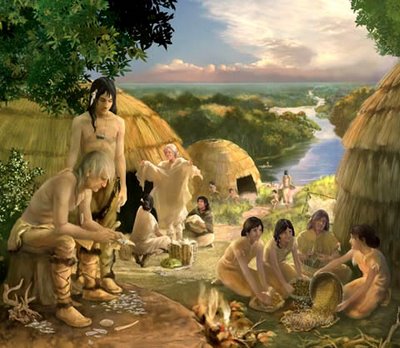 The Basics of PaleoConservatism
By William H. Calhoun (12/21/06)

"Are there even any real conservatives left in America?" recently asked the one eager for knowledge. "There are," responded the wise man, "but they are often called paleoconservatives."

What do paleoconservatives believe?

For the remainder of the essay, I shall contrast paleos with neocons, who have gained prominence in America in recent years largely due to alliances with liberals. The liberal mainstream media is quite tolerant of neocons since they are only liberals of a different stripe.

First, unlike neocons / neoliberals, paleoconservatives oppose free trade. Historically and philosophically, conservatives have opposed free trade, and they should. It is destroying our economy, it is undermining our sovereignty, and it is national suicide. Unfortunately, many in the GOP have been "neoconned" into supporting free trade.

Second, unlike neoliberals / neocons, paleoconservatives are critical of mass immigration and oppose the third-world invasion of America. All immigration (whether legal or illegal) from the third world must end. Our country is currently being invaded, and many in the GOP (Bush, McCain, Rice, Brownback, Giuliani, Huckabee, et al.) not only have done nothing to oppose this invasion, they actually support it. They actively attempt to transform the USA into a third-world wasteland.

Third, unlike Leftists (and the neocons who have adopted this idea from them), paleoconservatives oppose the "proposition nation." The proposition nation is the left-wing idealization of a nation whereby one only has to believe in a few propositions to be considered a citizen. Not only is this contrary to history, but it is the recipe for self-destruction. Paleoconservatives support the traditionally conservative concept of a nation: one built upon kith and kin, blood and soil, genophilia (instinctive attachment to family and tribe), ancestral obligations, and ethnic solidarity.

Fourth, neocons at heart are philosophical liberals. They accept most of the liberal baggage of the Enlightenment and actually champion the left-wing notion of "rights." Paleoconservatives, however, reject Enlightenment notions of "rights," and rather believe in a more traditionalist, flawed view of human nature, one based in history, ancestry, community, and custom, and guided by the laws of nature. Obligation trumps right. Whereas most neocons / neoliberals side with the Enlightenment revolutionaries, paleoconservatives side with Aristotle and the Bible. Whereas neocons / neoliberals champion equality and egalitarianism, paleoconservatives cherish ancestral traditions and hierarchy.

Fifth, neocons support a neoliberal foreign policy, which resembles more Jacobin radicalism than conservatism. Neocons seek to transform the world into a liberal global democracy - tossing aside prudence, history, and realism. Paleoconservatives, on the other hand, realize that different types of government are better tailored for different cultures. Furthermore, paleoconservatives are largely non-interventionist, which means that we should not be a military for hire to solve others' problems. If attacked, certainly, we should fight back, but we needn't be the world's policeman.

Regarding terrorism, many paleos support the position that the only way to end terrorism in the West (we can never stop it in the Middle East) is (1) to completely withdraw from the Middle East, and (2) to deport all Muslims from the West. This policy, more than any other, would reduce the chances of terrorist attacks on Western soil.

Neocons, however, support the opposite: endless war in the Middle East, and endless third-world immigration to the West. In fact, they just increased quotas for Muslims in the USA -- not to mention the fact, as reported by Christian Science Monitor recently, that 200,000 Hispanics in the USA have recently converted to Islam.

Neocons, though, have no real historical attachment to America, and could care less about its wellbeing. They send our boys to die in a meaningless war in Iraq while the third world invades our country on an hourly basis. They protect Iraq's borders, and allow ours to be flooded with third-world invaders.

In short, paleoconservatives are the only real conservatives left in America. Philosophically and ideologically, neocons are leftists in disguise, who fifty years ago would have been tried for treason but now portray themselves as patriotic Americans.

---
William H. Calhoun is a writer, a poet warrior in the classical sense, a paleoconservative, and a farmer on his ancestral estate. Americandaily