The Pause That Refreshed. 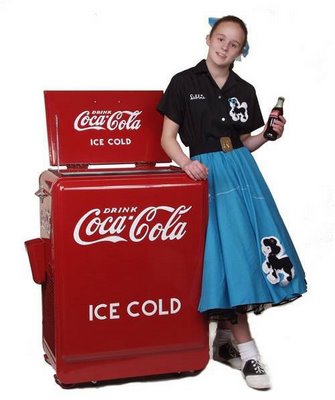 In late August of 1967, I received the proper security clearance to report to my duty assignment in Greece. The clearance came on Thursday and on Sunday I was on a TWA flight from JFK to Rome and on to Athens. My first night was spent in a BOQ hotel in Glyfada, on the Asteria beach. It was hot and I was jet lagged. I was annoyed that my sponsor was not there. He left a note asking me to take a taxi to The Congo Palace Hotel. I did. I could have walked.

As soon as I entered the lobby, I saw an un-Greek looking guy wearing both mirrored sunglasses and an Irish sunburn. I knew he had to be my sponsor. It took me two seconds to see why he wanted to meet there as he was flirting with the strikingly beautiful receptionist. He had no chance with her but he thought otherwise and I would learn later that his reach was usually short of his ambitions. He was ex-navy from Detroit and a superb technician and analyst with a severe drinking problem.

Tonight was no exception and he asked me to grab a lounge chair in the corner. He would be right over. He did with three bottles of beer and a wide grin, one beer for him, two to keep me busy, and the grin for his ambitions. I expected a wait, but to my sponsor’s disappointment, the beauty was welcoming a guest who obviously had more than hotel privileges. We got down to business.

He explained my assignment. It would be conducted from a duty station on a Greek air base in Larissa. The next morning we would take a DC-3 to the base and have lunch with the base commander, a Colonel Trakas. Colonel Trakas had requested a favor and my sponsor handed me a shopping list which included four cases of Coca Cola and all the cigarettes you could buy at one time in the BX at the Athens USAF Air Base. It seems that the Greeks did not allow Coca Cola into Greece and the locals had to tolerate something called Tam Tam. It actually tasted worse than it sounds. In the morning we flew to Larissa and met Trakas. Trakas was pleased with the boxes of contraband and he insisted we all celebrate with an un-Tam-Tam.

Lunch was served in the Greek Officer’s mess. The conversation was much more interesting than the mutton. The Coke helped the tough meat, and Trakas was delighted that we appeared to like it.

He was more delighted when he learned that I played bridge, and my sponsor widened his slightly reddened blue eyes and broke into a surly smirky smile when he heard the colonel invite me to be his partner on Tuesday nights. They both needed a replacement for a departed fourth.

My friendship with Trakas would be short. Through no fault of either of us it would end with an abrupt phone call later in December 1967. At our last meeting, his worried face belied the assurance that things would be ok. They were not. I never saw him again. I am not sure he had a coke for a while.

It has been some time since I thought of Trakas. Watching the President’s face at his Baker Commission news conference, I thought to myself, “I’ve seen that face before.” I am sorry I did. Twice.