Iraq, A sober assessment from McCaffrey. 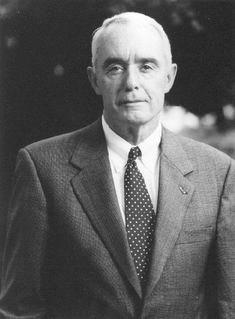 To save Iraq, the U.S. must commit money, resources - and remove some troops
By Barry R. McCaffrey* Star News on line

A collapse of the Iraqi state would be catastrophic - for the people of Iraq, for the Middle East and for America's strategic interests. We need a new political and military approach to head off this impending disaster - one crafted with bipartisan congressional support. But Baker-Hamilton isn't it.

Our objective should be a large-scale U.S. military withdrawal within the next 36 months, leaving in place an Iraqi government in a stable and mostly peaceful country that does not threaten its six neighboring states and does not intend to possess weapons of mass destruction.

The courage and skill of the U.S. armed forces have been awe-inspiring.

Our soldiers, Marines and Special Operations forces have suffered 25,000 wounded and killed, with many thousands permanently maimed, while fighting this $400 billion war.

But the situation in Iraq is perilous and growing worse. Thousands of Iraqis are killed each month; hundreds of thousands are refugees. The government of Prime Minister Nouri al-Maliki is largely dysfunctional. Our allies, including the brave and competent British, are nearly gone. Baghdad has become the central battlefield in this struggle, which involves not just politically inspired civil war but also rampant criminality and violence carried out by foreign jihadists. Shiite and Sunni Arabs overwhelmingly anticipate and endorse a U.S. strategic withdrawal and defeat.

We could immediately and totally withdraw. In less than six months, our 150,000 troops could fight their way along strategic withdrawal corridors back to the sea and the safety provided by the Navy. Several million terrified refugees would follow, the route of our columns marked by the burning pyres of abandoned military supplies demolished by our rear guard. The resulting civil warfare would probably turn Iraq into a humanitarian disaster and might well draw in the Iranians and Syrians. It would also deeply threaten the safety and stability of our allies in neighboring countries.

There is a better option.

First, we must commit publicly to provide $10 billion a year in economic support to the Iraqis over the next five years. In the military arena, it would be feasible to equip and increase the Iraqi armed forces on a crash basis over the next 24 months (but not the police or the Facilities Protection Service). The goal would be 250,000 troops, provided with the material and training necessary to maintain internal order.

Within the first 12 months we should draw down the U.S. military presence from 15 Brigade Combat Teams (BCTs), of 5,000 troops each, to 10. Within the next 12 months, Centcom forces should further draw down to seven BCTs and withdraw from urban areas to isolated U.S. operating bases - where we could continue to provide oversight and intervention when required to rescue our embedded U.S. training teams, protect the population from violence or save the legal government.

Finally, we have to design and empower a regional diplomatic peace dialogue in which the Iraqis can take the lead, engaging their regional neighbors as well as their own alienated and fractured internal population.

We are in a very difficult position created by a micromanaged Rumsfeld war team that has been incompetent, arrogant and in denial. The departing defense secretary, in a recent farewell Pentagon town hall meeting, criticized the alleged distortions of the U.S. media, saying that they chose to report a few bombs going off in Baghdad rather than the peaceful scene he witnessed from his helicopter flying over the city. This was a perfect, and incredible, continuation of Donald Rumsfeld's willful blindness in his approach to the war. From the safety of his helicopter, he apparently could not hear the nearly constant rattle of small-arms fire, did not know of the hundreds of Marines and soldiers being killed or wounded each month, or see the chaos, murder and desperation of daily life for Iraqi families.

Let me add a note of caution regarding a deceptive and unwise option that springs from the work of the Iraq Study Group. We must not entertain the shallow, partisan notion of rapidly withdrawing most organized Marine and Army fighting units by early 2008 and substituting for them a much larger number of U.S. advisers - a 400 percent increase - as a way to avoid a difficult debate for both parties in the New Hampshire primaries.

This would leave some 40,000 U.S. logistics and adviser troops spread out and vulnerable, all over Iraq. It would decrease our leverage with Iraq's neighbors. It would not get at the problem of a continuing civil war. In fact, significantly increasing the number of U.S. advisers in each company and battalion of the Iraqi army and police - to act as role models - is itself a bad idea. We are foreigners. They want us gone.

Lack of combat experience is not the central issue Iraqis face. Their problems are corrupt and incompetent ministries, poor equipment, an untrained and unreliable sectarian officer corps (a result of Rumsfeld's disbanding the Iraqi army), and a lack of political will caused by the failure of a legitimate Iraqi government to emerge.

We need fewer advisers, not more - selected from elite, active military units and with at least 90 days of immersion training in Arabic. Iraqi troops will not fight because of iron discipline enforced by U.S. sergeants and officers. That is a self-serving domestic political concept that would put us at risk of a national military humiliation.

All of this may not work. We have very few options left. In my judgment, taking down the Saddam Hussein regime was a huge gift to the Iraqi people.

Done right, it might have left the region and the United States safer for years to come. But the American people have withdrawn their support for the war, although they remain intensely committed to and protective of our armed forces.

We have run out of time.

Our troops and their families will remain bitter for a generation if we abandon the Iraqis, just as another generation did after we abandoned the South Vietnamese for whom Americans had fought and died. We owe them and our own national interest this one last effort.

If we cannot generate the political will to take this action, it is time to pull out and search for those we will hold responsible in Congress and the administration.

Barry McCaffrey is a retired Army general and adjutant professor of international affairs at West Point. He served four combat tours and was wounded in action three times.

Reason: For extraordinary heroism in connection with military operations involving conflict with an armed hostile force in the Republic of Vietnam: Captain (then First Lieutenant) McCaffrey distinguished himself by exceptionally valorous actions on 6 October 1966 while advising a Vietnamese Airborne Battalion on a search and clear operation near Dong Ha. At 0315 hours the camp received intense mortar fire which severely wounded Captain McCaffrey in the shoulder. With complete disregard for his safety, he unhesitatingly ran through the intense automatic weapons and mortar fire to estimate the severity of the attack. He soon discovered that the senior American advisor had been killed, and all but one of the company commanders were seriously wounded. After rendering aid to the casualties, Captain McCaffrey took command and dauntlessly proceeded around the perimeter to direct the defense against the insurgent human wave assaults. Again he was wounded by mortar fragments, but ignored his own condition and quickly organized a counterattack which successfully repelled another Viet Cong attack. During the remainder of the 12-hour battle, Captain McCaffrey repeatedly exposed himself to the hostile fire and directed artillery and air strikes against the insurgent forces. Through his unremitting courage and personal example, he inspired the besieged Vietnamese unit to defeat four determined Viet Cong attacks and inflict heavy casualties on a numerically superior hostile force. Only after assuring that all the wounded had been extracted, and that a replacement advisor was with the battalion, did he permit himself to be evacuated. Captain McCaffrey's extraordinary heroism and devotion to duty were in keeping with the highest traditions of the military service and reflect great credit upon himself, his unit, and the United States Army.