Obama Takes Off the Velvet Glove with Automakers 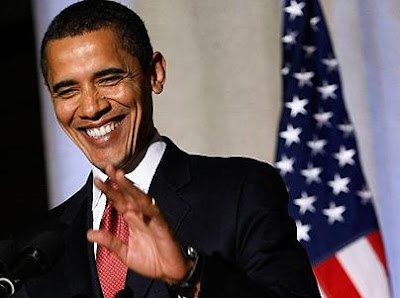 WASHINGTON – After more than two weeks of virtual silence on the economy, President-elect Barack Obama's transition team burst on the scene with new ambition and urgency Sunday, demanding swift passage by Congress of a massive two-year spending and tax-cutting recovery program.

Obama aides called on lawmakers to pass, by the Jan. 20 inauguration, legislation that meets Obama's two-year goal of saving or creating 2.5 million jobs. Democratic congressional leaders said they would get to work when Congress convenes Jan. 6.
Though Obama aides declined to discuss a total cost, it probably would far exceed the $175 billion he proposed during the campaign, but would not immediately seek to raise taxes on the rich. Some economists and lawmakers have argued for a two-year plan as large as $700 billion, equal to the Wall Street bailout Congress approved last month.

With the wounded economy worsening, the Obama team's new assertiveness was a recognition he needed to soothe financial markets with signs of leadership. It also foreshadowed a more hands-on role by Obama to influence congressional action during the final weeks of the transition.

Obama planned to introduce his economic team on Monday, including Timothy Geithner as treasury secretary and Lawrence Summers as head of the National Economic Council. Obama also has settled on New Mexico Gov. Bill Richardson as his commerce secretary.

"We don't have time to waste here, " Obama senior adviser David Axelrod said. "We want to hit the ground running on January 20th." Echoing that, the second-ranking House Democrat, Rep. Steny Hoyer of Maryland, said, `We expect to have during the first couple of weeks of January a package for the president's consideration when he takes office."

Added Obama economic adviser Austan Goolsbee: "We're out with the dithering. We're in with a bang."

Obama's team didn't limit itself to the long-term economic recovery. Axelrod warned automakers, seeking billions in government help to stave off collapse, to devise a plan to retool and restructure by next month. Otherwise, he said, "there is very little taxpayers can do to help them."

Axelrod couldn't resist taking a jab at the Big Three executives, who left Congress empty-handed last week after flying into Washington in corporate jets and pleading for money. "I hope that they will come back to Washington in early December — on commercial flights — with a plan," he said.

The emphasis on the economy began Saturday when Obama outlined the framework of a plan to save or create 2.5 million jobs by the end of 2010. The scope of the recovery package is far more ambitious than what Obama had spelled out during his presidential campaign, when he proposed $175 billion of spending and tax-cutting stimulus. The new one will be significantly larger and would incorporate his campaign ideas for new jobs in environmentally friendly technologies — the "green economy." It also would include his proposals for tax relief for middle- and lower-income workers.

But there were no plans to balance the tax cuts with an immediate tax increase on the wealthy. During the campaign, Obama said he would pay for increased tax relief by raising taxes on people making more than $250,000.

"There won't be any tax increases in the January package," said one Obama aide, who spoke on condition of anonymity because the details of the Obama package have not been fleshed out.

Obama could delay any tax increase to 2011, when current Bush administration tax cuts expire.House Republican leader John Boehner of Ohio urged Obama to make that explicit. "Why wouldn't we have the president-elect say, `I am not going to raise taxes on any American in my first two years in office?'"

In a sign of where the congressional debate might lead, Boehner called for lowering capital gains and corporate income taxes.

Some economists have endorsed spending up to $600 billion to revive the economy. Sen. Charles Schumer, D-N.Y., and former labor Secretary Robert Reich, a member of Obama's economic advisory board, both suggested $500 billion to $700 billion.

"I don't know what the number is going to be, but it's going to be a big number," Goolsbee said. "It has to be. The point is to, kind of, get people back on track and startle the thing into submission."

While Obama in the weekend Democratic radio address said his plan "will mean 2.5 million more jobs by January of 2011," aides said the figure was a net sum of jobs created and jobs saved that would otherwise disappear without government help.
The adviser who spoke on condition of anonymity said the plan would likely slow down job losses in 2009, but that new jobs probably would not be evident until 2010.
Obama's plan is both an economic and a political blueprint. By not including tax increases, he silences one potential Republican objection to his plan. If successful, the scope of his plan would set the stage for his other legislative goals, including expanded health care, permanent changes in tax rates and a comprehensive overhaul of energy policy.

"This package is designed to be a down payment to get his entire agenda started," the aide said.

Axelrod appeared on "Fox News Sunday" and ABC's "This Week." Schumer was on ABC, Hoyer and Boehner on Fox and Goolsbee was interviewed on "Face the Nation" on CBS. Reich appeared on "Late Edition" on CNN.