Why Prices are Falling Everywhere 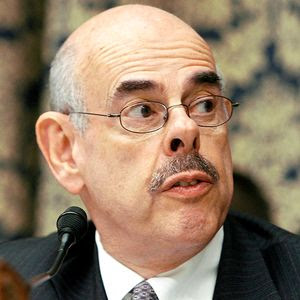 Hedge funds were the glamour toys of the investment world. They were risky, profitable inscrutable and unregulated. Billions were made by tycoons who traded and hedged industries, commodities and ultimately the entire world financial system. The games are over with the last gasp being $150 barrel oil which we were told was strictly demand driven. Blame for the financial collapse has been focused on the sub prime lending for homes and clearly that has been one component, but there is a lot of smoke out there that suggests that the blame belongs elsewhere.
Tomorrow Congress will huff and puff.

As much as $100 billion was wiped off the value of hedge fund assets last month as panic-stricken investors rushed to withdraw their capital and the worst markets in living memory blew a giant hole in performance.

Investors redeemed about $60 billion of funds in October, while see-sawing market conditions accounted for the remaining $40 billion fall, according to EurekaHedge, the Singapore based industry research firm.

The drop in assets under management means that, worldwide, hedge funds probably manage about $1.6 trillion on behalf of wealthy individual and professional institutional investors.

This is down from a peak last year of about $2 trillion at the top of the hedge fund boom and comes amid predictions that a rash of funds will collapse before the end of the year.

Experts have predicted that as many as one in four hedge funds will be forced to shut within the next five to six weeks, with hundreds of billions eventually being wiped off assets.

Hedge funds have suffered particular trauma in the wake of the collapse of Lehman Brothers, the Wall Street investment bank that was a big backer of funds, in mid-September.

Many also found themselves the wrong side of AIG, the embattled insurer that has been bailed out twice by the US Government.

Almost all of EurekaHedge's main performance indices recorded steep falls in October, leaving some recording a loss of as much as 44.75 per cent for the year to date.

The research firm, which tracks hedge fund strategies worldwide, found that less than half of the funds held on its database made money last month, while a similar amount were in the red over the year so far.

EurekaHedge's composite hedge fund index, an indicator of the industry's performance as a whole, lost 3.3 per cent in October.

"This was against the backdrop of heightened expectations of a global economic slowdown and further stress in the credit markets, which led to a spike in volatility and harsh movements across asset classes," EurekaHedge said.