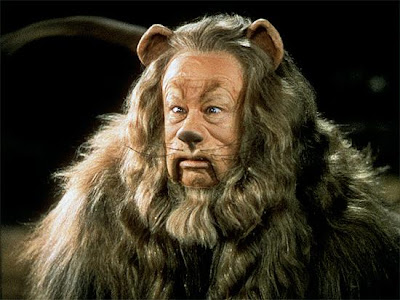 Two Iraqis accused of murdering British prisoners of war have been granted thousands of pounds in legal aid to fight being handed over to the Iraqi authorities to face trial.

Faisal Al-Saadoon and Khalaf Mufdhi are accused of killing Staff Sergeant Simon Cullingworth and Sapper Luke Allsopp in cold blood during the beginning of the Iraq war in 2003.

The British government wants to hand the two Iraqis over to the Iraqi government for trial. But their British lawyer has launched a High Court legal challenge saying such a trial would breach his clients' human rights.

If he succeeds, the men, who are currently in British custody in Iraq, could be brought to the UK to face trial. Senior British Government officials are concerned that the two men will claim political asylum if they are tried in the UK.

The challenge, to be heard this week, has angered the dead British soldiers' relatives and opposition politicians.

Patrick Mercer, the Tory MP for Newark and a former infantry commander, said: " It seems totally wrong to me that these men are being given legal aid. Would we have given legal aid to Nazis who committed war crimes in the Second World War – of course not – this is arrant nonsense.

"What the hell is the point of fighting a war to try and establish democracy in a tyranny and then show a complete lack of trust in the new regime by failing to deliver alleged killers for trial? If these men do not stand trial in Iraq it would make a mockery of the blood spilt by British troops in fighting this war."

The murder of SSgt Cullingworth, 36, and Spr Luke Allsopp, 24, both members of 33 Engineer Regiment (Explosive Ordnance Disposal) provoked a storm of outrage in the UK, with Tony Blair claiming that the two men had been executed by the Iraqi Army.

The soldiers were travelling as part of a convoy which was ambushed by Fedayeen militiamen on the outskirts of the town of Al Zubayr in southern Iraq on March 23, 2003.

While half the convoy escaped, SSgt Cullingworth, who was married with two sons, and Spr Allsopp, were taken to a local Ba'ath party headquarters and then to an Iraqi intelligence base, where they were shot dead.

Photographs taken of the soldiers at the compound as they lay dying, surrounded by a baying mob of Iraqis, were later shown on the Arabic TV channel al-Jazeera. The soldiers' graves were discovered a month later and their bodies were exhumed.
The judicial review of the men's case has been launched by the firm Public Immunity Lawyers who have been funded through legal aid.

Phil Shiner, of Public Immunity Lawyers, believes that Mr Saadoon, 56, and Mr Mufdhi, 58, would not get a fair trial in Iraq and could face the death penalty if found guilty. He also believes they would be tortured and abused by other inmates.

Mr Shiner told The Sunday Telegraph that the Iraqi Higher Tribunal, where they would be tried, was a "politicised court" established by the US-led coalition to try senior members of the former Ba'athist regime, and had already ordered the execution of several regime members including Saddam Hussein.

Mr Shiner, who confirmed that the judicial review was being funded by legal aid, will claim that to try the alleged killers in Iraq would be a breach of their human rights under the Article 3 of the European Convention of Human Rights.

He said: "The IHT have a track record of sentencing people to death and we, the UK, have a policy of not handing over people to a jurisdiction if there is a risk of the death penalty being applied."

The Sunday Telegraph understands, however, that senior officials in the Ministry of Defence, the Foreign Office and the Ministry of Justice have been given assurances at the "highest level" that the two accused will receive a fair trial and treatment, whatever the outcome of the case.

It is also understood that one of the families of the British dead have written to the Iraqi court and asked for clemency in the event that the former Iraqi soldiers are found guilty.

Margaret Cullingworth, 83, the mother of Simon Cullingworth, who lives in Ruthin, North Wales, said: "They should be tried and brought to justice in their own country. It was a horrible crime. We could have accepted it if they had been killed in battle but they were prisoners and were murdered.

"We do have confidence in the UK authorities and believe they will do the right thing. Simon's widow has been left to bring up the children on her own and she has found it very hard – we all have."

A spokesman for the MoD said: "The Secretary of State for Defence and the Foreign Secretary have received assurances from the Iraqi Government that Mr Al-Saadoon and Mr Mufdhi will be treated humanely when they are transferred to Iraqi custody. The assurances have been considered and found credible, and they have agreed that the two suspects can be transferred to the Iraqi authorities, provided that the UK courts finds this lawful.