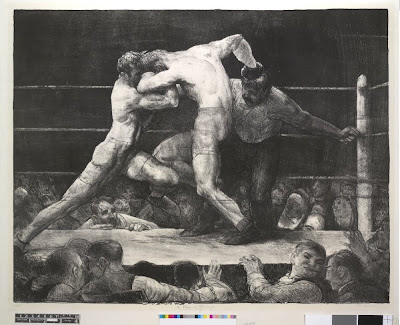 It always offended me seeing a Volvo or Prius with a "He's not my president" bumper sticker. The Left can banter such nonsense but a true conservative cannot.

The election of a President is a lawful act. We have great obligation to do all that we can to elect a leader that most suits our interests and political convictions. That is a civic duty.

A newly elected President, Barack Hussein Obama, is no longer the same man he was before the election. His ambitions, responsibilities and acquaintances must now be tempered by the immense responsibility that all voters placed with him and on him. And it is all voters, because regardless of your selection, all of us, Americans, voted to support the system of our governance.

Those of us who voted for John McCain sincerely hope that the majority of the American people made a better choice than we did. We hope that the presidency of Barack Obama will be successful, because we want America and her people and us to be successful. To be otherwise would make us as bad as the worst of the Left.

No one has hammered Barack Obama and fought his winning more than I have on this blog. I remain very sceptical of his ideology. I did not want him to win and be President. That fight is over. He was not my choice but he is now my President.

Just a few weeks ago, at the height of the campaign, Representative Michele Bachmann of Minnesota told Chris Matthews of MSNBC that, when it came to Mr. Obama, “I’m very concerned that he may have anti-American views.”

But there she was on Wednesday, after narrowly escaping defeat because of those comments, saying she was “extremely grateful that we have an African-American who has won this year.” Ms. Bachmann, a Republican, called Mr. Obama’s victory, which included her state, “a tremendous signal we sent.”

And it was not too long ago that Senator John McCain’s running mate, Gov. Sarah Palin of Alaska, accused Mr. Obama of “palling around with terrorists.”

But she took an entirely different tone on Thursday, when she chastised reporters for asking her questions about her war with some staff members in the McCain campaign at such a heady time. “Barack Obama has been elected president,” Ms. Palin said. “Let us, let us — let him — be able to kind of savor this moment, one, and not let the pettiness of maybe internal workings of the campaign erode any of the recognition of this historic moment that we’re in. And God bless Barack Obama and his beautiful family.”

But given the intensity of some of the charges that have been made in the past few months, and the historic nature of Mr. Obama’s election, the exercise this year has been particularly whiplash-inducing, with its extreme before-and-after contrasts.

The shift in tone follows the magnanimous concession speech from Mr. McCain, of Arizona, who referred to Mr. Obama’s victory Tuesday night as “a historic election” and hailed the “special pride” it held for African-Americans. That led the vice president-elect, Senator Joseph R. Biden Jr., to get into the act. During the campaign, Mr. Biden said he no longer recognized Mr. McCain, an old friend. Now, he says, “We’re still friends.” President Bush, in turn, also hailed Mr. Obama’s victory, saying his arrival at the White House would be “a stirring sight.”

Whether it all heralds a new era of cooperation in Washington remains to be seen, and it may be downright doubtful. But for now, at least, it would seem to be part of an apparent rush to join what has emerged as a real moment in American history.

The presidential historian Doris Kearns Goodwin said she was hard-pressed to find a similar moment when the tone had changed so drastically, and so quickly, among so many people of such prominence.

“I don’t think that’s happened very often,” Ms. Goodwin said. “The best answer I can give you is they don’t want to be on the wrong side of history, and they recognize how the country saw this election, and how people feel that they’re living in a time of great historic moment.”

Others in the professional political class were not so sure. Some wondered whether simple pragmatism was the explanation.

“My experience is, it’s less an epiphany and more a political reality,” said Chris Lehane, a former Democratic strategist who worked on the presidential campaign of Al Gore. “I’m thinking they will continue in this direction so long as the polls indicate it’s a smart place to be.”

There are notable exceptions: Rush Limbaugh has given no quarter. And while his fellow conservative radio hosts Sean Hannity and Laura Ingraham have noted the significance of his victory — on Wednesday, Ms. Ingraham said “Obama did make history” and “It’s not the time to vilify him” — they seem to be in line with Bill O’Reilly of Fox News. Relishing his new role in the opposition camp, Mr. O’Reilly said, “The guy is still a mystery, so our oversight will be intense.”

Some lawmakers also do not appear inclined to give up the fight. Representative John A. Boehner, the House minority leader, has already criticized Mr. Obama’s choice of Representative Rahm Emanuel, Democrat of Illinois, as his chief of staff.

But other people who opposed Mr. Obama, like Senator Joseph I. Lieberman of Connecticut, have good reason to try to make up with the winning ticket. As an ardent backer of Mr. McCain, Mr. Lieberman angered the Democrats, who in 2000 nominated him as their vice-presidential candidate. After losing a Democratic primary challenge in 2006 and then winning as an independent, he still continued to caucus with the Democrats.

Attending an event with Mr. McCain in York, Pa., in August, Mr. Lieberman said the race was “between one candidate, John McCain, who has always put the country first, worked across party lines to get things done, and one candidate who has not.”

As a speaker at the Republican National Convention, Mr. Lieberman went further than Democrats expected by criticizing Mr. Obama for “voting to cut off funding for our troops on the ground.” (Mr. Obama voted for bills that included plans for withdrawal from Iraq and against others that did not.)

This week Mr. Lieberman, who has been asked by the Democratic Senate leadership to consider giving up his position as the chairman of the Committee on Homeland Security and Governmental Affairs, released a statement congratulating Mr. Obama for “his historic and impressive victory.” It continued, “The American people are a people of extraordinary fairness.”

Marshall Wittmann, a spokesman for Mr. Lieberman, said that as far as the senator was concerned, “It’s over, and it’s genuinely time to find unity and move forward behind the new president.”

And what about that whole bit about Mr. Obama not always putting his country first? “He believes that President-elect Obama — and, then, Senator Obama — is a genuine patriot and loves his country,” Mr. Wittmann said. “The only point he was making in his campaign was about partisanship.”

Mr. Obama is apparently ready to bury the hatchet with his new fans. “President-elect Obama has made it clear that he wants to put partisanship behind and work together to solve the many challenges confronting the country,” said Stephanie Cutter, a spokeswoman for the Obama transition team. “We’re pleased that others do as well.”

The Senate majority leader, Harry Reid of Nevada, who will help decide Mr. Lieberman’s committee assignment, sounded less ready to forgive, at least when it came Mr. Lieberman’s support for Mr. McCain. “Joe Lieberman has done something that I think was improper, wrong, and I’d like — if we weren’t on television, I’d use a stronger word of describing what he did,” he said on CNN Friday.