Why Deflation Must be Stopped 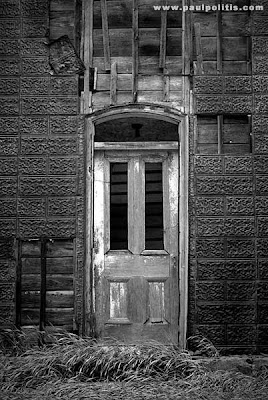 Deflation is sometimes likened to Dante's Inferno. "Abandon all hope" once you step into that Hellfire.


There is an underlying implication from many that the current financial crisis was caused by deadbeats and that they alone should suffer from their transgressions. That may be good politics or sound morality but it is bad and possibly fatal economics.

Intuitively, we all feel that falling prices are a good thing. That may be so for a short season but if it takes hold on a secular basis it can cause a pernicious and corrosive breakdown in unexpected parts of modern society.

Deflation is an avoidable consequence of bad policy, as an epidemic can be a result of bad hygiene. All will suffer needlessly. The Telegraph explains:

The price of white truffles has fallen 84pc. Fines wines have dropped 65pc. Lobsters are off 52pc. Deflation has reached the City. It has engulfed housing and now threatens to spread through the broader economy, lodging like a virus in the British and global monetary systems.


We are not there yet but Mervyn King, the Governor of the Bank of England, says it is now "very likely" that the UK retail price index will turn negative next year. This is a drastic reversal of the oil and food spike that played such havoc with monetary policy over the summer. "The world changed in September," said the Governor.
The Bank's fan charts point to zero inflation at current interest rates of 3pc, but the startling new feature is that price falls could gather pace. This is a clear signal that the Monetary Policy Committee will cut rates again in December – perhaps by a full point to the historic low of 2pc, last seen in the Great Depression.
Mr King let slip yesterday that there is "obviously" a risk of deflation, although he remains sure it can be averted by a pre-emptive monetary blitz. Let us hope he is right.

The curse of deflation is that it increases the burden of debts. Incomes fall: debts stay the same. This way lies suffocation. It was bad enough in the early 1930s when US farmers faced a Sisyphean Task trying to meet mortgage payments on their land as crop prices kept sliding. They suffered mass foreclosure and fled West, as recounted in John Steinbeck's Grapes of Wrath.

We forget, however, that overall borrowing was modest in the 1930s. The great credit bubble of the last 20 years has pushed debt levels in Britain, the US and other Western societies to unprecedented highs. UK household debt reached a record 165pc of personal income last year. This is almost 50pc higher than the burden at the onset of the recession in the early 1990s. Our sensitivity to debt deflation is therefore greater.

"It is going to be absolute murder in Britain if inflation turns negative," said Professor Peter Spencer from York University. "The big difference with past episodes is that we are now much more heavily indebted. Few people owned their own houses in 1930s. Debts were miniscule."

Deflation has other insidious traits. It causes shoppers to hold back. They wait for lower prices. Once this psychology gains a grip, it can gradually set off a self-feeding spiral that is hard to stop.

It also redistributes wealth – the wrong way. Savings appreciate, which is nice for the "rentiers" with capital. The effect is a large transfer of income from working people with mortgages to bondholders. (These may be pension funds, of course).
The modern warning to us all is the "Lost Decade" in Japan, a loose term for the on-again, off-again slump that ultimately led to zero interest rates and – when that failed – to the printing of money. After 18 years, the Nikkei stock index is now trading at 8,700 – down from a peak of nearly 40,000. House prices have fallen by half. Yet after all the stimulus, the country is once again tipping back into deflation.
Governor King said Britain was likely to avoid this fate. "We've taken action much earlier than was the case in Japan," he said.

Not everybody agrees, even after the shock and awe cut of 1.5 percentage points by the MPC. Albert Edwards, global strategist at Société Générale, has long warned that central banks in the Anglo-Saxon countries have stored up trouble by stoking credit booms, and may find it harder than they think to engineer a soft-landing.

"This could easily go the way of Japan. It is true that Bank of England has moved faster, but Japan was a local bubble. This time it is the 'great unwind' on a global scale with leverage spaghetti everywhere," he said.

"The monetary authorities don't have foggiest idea themselves whether this is going to work. They're crossing their fingers and hoping," he said.

Nor is it clear whether rate cuts are gaining much traction. The average rate of tracker mortgages has risen 72 basis points since last month, and credit card rates have been rocketing. The Bank's transmission mechanism is not working properly. This a variant of the 1930s struggle when the central banks found themselves "pushing on a string", in the words of John Maynard Keynes. He called for public works to lift the economy out of its liquidity trap. This is more or less what the US, Japan, China, and parts of Europe are now doing – with more in store after the G20 this weekend. Britain has pitifully limited scope on this front. We had a budget deficit of 3pc of GDP at the top of the cycle – when we should have been in surplus – and we are heading for over 8pc. This is already nearing the danger level. If the Government now lets rip on fiscal policy, we could face a 'gilts strike' as foreign investors retreat from UK debt.
The Bank of England has not run out of ammo yet. It can cut rates to zero if necessary and then escalate to direct infusions of money by purchasing bonds – or indeed by buying a vast range of securities, assets and even houses if necessary. Ultimately it can print money to cover the budget deficit.

As the late Milton Friedman put it, governments can drop bundles of banknotes from helicopters. If they really want to defeat to deflation, they can. Mr Friedman may have overlooked the fact that gunmen can shoot down the helicopter – the Bank of France in October 1931, when it ditched the dollar; perhaps Asian bond investors today? – but that is to quibble.

Professor Spencer says the Bank of England has learned the hard lessons. Without the constraints of the ERM, Gold Standard, or any other fixed exchange system, it retains great freedom of action.

"They are very aware of the deflation risk. They are cutting rates very fast, and if necessary they too will turn to helicopters. But in the end they will keep the wolf from the door," he said.