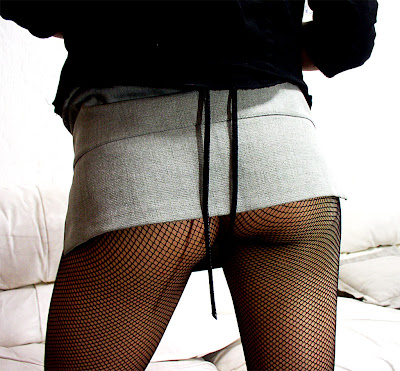 Some shorts work better than others.
Russia push for rouble trading no cure for short-term
Reuters, Friday November 14 2008
By Toni Vorobyova and Dmitry Zhdannikov Guardian

MOSCOW, Nov 14 (Reuters) - Russia's campaign to do more international trade in roubles, spurred by persistent pressure on its currency, is likely to prove a long haul with the chances slim of persuading any major players to sign up soon. Moscow spent tens of billions of its hard currency reserves in recent weeks to defend the rouble from falling oil and stock prices and a broad-based flight from emerging markets, prompting policymakers to cast around for new ideas.

Belarus on Tuesday pledged to discuss settling oil and gas trades with Russia in roubles, Prime Minister Vladimir Putin talked about the possibility of bilateral trade with China in national currencies, and the use of the rouble is expected to be discussed at the G20 meeting at the weekend.

"We need to take practical steps to strengthen the role of the rouble as a currency for international settlements. And to move to settlement in roubles ... for oil and gas," President Dmitry Medvedev said in an address to parliament last week. The world's second largest oil exporter has accumulated reserves of nearly $600 billion during an oil and gas boom, but those reserves have fallen by a fifth in the last three months and falling oil prices may make them hard to replenish.

For the trade scheme to help, however, it will need bigger buyers of the rouble than Belarus and Kazakhstan, who account for 4.9 percent and 3.4 percent of Russia's exports respectively. Analysts say in the short-term further devaluations of the rouble are likely after the central bank gave in and let the currency ease 1 percent this week.

"It (rouble-denominated trade) would be a good idea if it could be realised, especially because now there is a lot of concern in the world about the stability of the dollar," said Natalya Orlova, chief economist at Alfa Bank. "But we don't have sufficiently large political partners who would agree to trade in roubles, and hold roubles as a reserve currency. Those who would agree, like Belarus, are too small."

The European Union is Russia's largest trade partner. But Russia's relations with the West have been soured by a summer war with Georgia, and some Western countries are already worried about Russia's dominance in oil and gas which could potentially make them even less keen to switch to roubles.

Most other energy producers are sticking with the dollar and the status quo, though Iran has said it gets most of its oil income in euros and yen, and Venezuela has also opened some oil contracts in euros during the dollar's fall earlier this year.

Russia's resource-dependent economy means the rouble's fortunes are closely tied with those of the oil price, potentially a big negative for its aspirations as an international currency. "Our trading partners should understand what the rouble is and what its risks are," said Stanislav Ponomarenko, head of Russia research at ING.

On the flip side, oil and gas also give Russia some muscle, and there are signs that the state is putting pressure on local companies to boost the role of the rouble.

"You cannot imagine how much pressure we have been facing recently to switch to roubles. We are being told it must happen at least with all of our term deals with foreign majors," said a trader with a major Russian oil firm.
"The first step will be with the neighbours, at least Belarus and Kazakhstan. That could happen as soon as next year."
Ironically, doing trades in roubles could make life harder for the companies which have to pay back large chunks of dollar-denominated debt and are unable to refinance it abroad due to the global credit crunch.

Oil firms also traditionally push the government toward weakening the rouble as the biggest chunk of their costs is home-based while revenues come in hard currency. In the short-term, the Belarus news seemed to have little impact on the rouble, which traded around 30.70 versus the basket seen as the central bank's new support level.

Even if Russia succeeds in persuading some partners to trade in roubles, analysts said this may not be enough to over-ride downward pressure on the currency.

"I think that the drivers of the rouble -- oil and capital flows -- will not change, even if the denomination of some of the flow is changed" said Roderick Ngotho, FX strategist at UBS, which does not rule out a 20 percent depreciation of the rouble against the basket in the next 12 months.