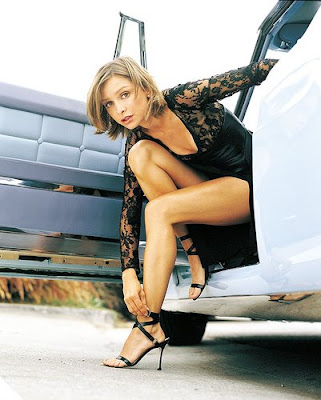 You betcha!
Breaking Down The Bailouts

Remember when Democrats lamented the growing budget deficit and spoke of the burden our children and grandchildren would face if we didn't put our fiscal house in order? That was when Republicans ran the federal government and Democrats opposed tax cuts. Now that Democrats are about to be in charge, concern about the deficit has disappeared and spending plans proliferate, even though the national debt passed $10 trillion in September, and we added another $500 billion last month.


The latest, but by no means the last supplicant at the public trough, is the auto industry, which wants a bailout to save jobs because its cars are not selling. There is a reason for that and it can be summed up in five words: The United Auto Workers Union (UAW).

Half of the $50 billion the auto industry wants is for health care for its current and retired employees. This is the result of increasing UAW demands, strikes and threats of strikes unless health care and pension benefits were regularly increased. While in the past UAW settled for some benefit decreases while bargaining with the Big Three U.S. automakers, according to the Wall Street Journal in September of 2006, "on average, GM pays $81.18 an hour in wages and benefits to its U.S. hourly workers." Those increased costs, including the cost of health care, were passed along to consumers, adding $1,600 to the price of every vehicle GM produced. Last February, after General Motors offered buyouts to 74,000 employees, the Center for Automotive Research estimated the average wage, including benefits, for current GM workers had dropped to $78.21 an hour. New hires pulled down a paltry $26.65. GM, now facing a head-on collision with reality, has taken an important first step toward fiscal responsibility by announcing the elimination of lifetime health- care benefits for about 100,000 of its white-collar retirees at the end of this year.

Contrast this with non-union Toyota, whose total hourly U.S. labor costs, with benefits, are $35 per hour. Those lower labor costs mean Toyota enjoys a cost advantage over U.S. automakers of about $1,000 per vehicle. Is it any wonder that Toyota is outselling American automakers and from plants that have been built on U.S. soil? According to James Sherk of The Heritage Foundation, Japanese car companies provide their employees with good jobs at good wages: "The typical hourly employee at a Toyota, Honda or Nissan plant in America makes almost $100,000 a year in wages and benefits, before overtime."

While many in the Democratic Party have focused on "corporate greed" and "fairness," according to Sherk, "competition, not corporate greed, is the real problem facing labor unions. When unions negotiate raises for their members, companies pass those higher costs on to consumers." Americans used to tolerate those increases, but no more. Competition has brought lower prices for Japanese cars and Americans are buying more of them, taking a pass on those manufactured in Detroit.

The argument made by those favoring a bailout of Detroit is that it will save more than 100,000 jobs in the auto and related industries. But what good does that do if people are not buying cars in sufficient numbers to allow the Big Three to make a profit? This becomes the kind of corporate welfare Democrats decry when it comes to Wall Street. But, then, Wall Street isn't unionized and Democrats want and need the union vote.

What about Chrysler's bailout 30 years ago? It was a loan. Didn't Chrysler pay back the government? Wasn't it worth the risk to save jobs? According to the Heritage Foundation, the $1.2 billion in loan guarantees made by the Carter administration still resulted in a partial bankruptcy for Chrysler. "Most of the company's creditors were forced to accept losses just as they would if Chrysler had gone through Chapter 11, and the company ended up firing almost half its workforce, including 20,000 white-collar workers and 42,600 hourly wage earners. The only people who benefited from the bailout were Chrysler shareholders."

The Heritage Foundation also notes, "If Washington really wants to help Detroit, they could end the regulatory nightmare that prevents profitable, fuel-efficient cars from reaching market." Ford, they say, has begun selling a car that gets 65 mpg, but they're not selling it in America. Why? Because it runs on diesel fuel "and environmentalists in the U.S. have fought to keep diesel taxes high and refinery capacity low."

More government intervention in private industry will bring us closer to socialism. Better to renegotiate the labor contracts, re-train workers for other jobs, or help them get hired at the Japanese auto plants in America than to subsidize a failed economic model for the sake of political gain.

Cal Thomas is a syndicated columnist.