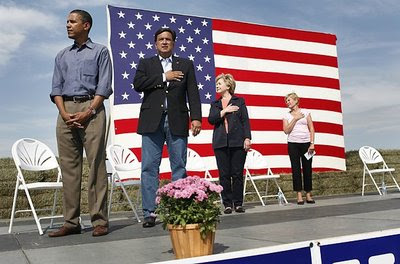 The election night decision of the networks in 2000 to call Florida for Gore --erroneous, and done even before Florida had closed its polls-- was the single worst intervention in America's elections by the MSM in history. It cost Republicans across the country an untold number of votes and many seats in the House and the Senate, and almost cost Bush the election.

The second worst intervention was the bogus exit polling in 2004, which had effects across the country too complex to chart.

In both instances the MSM's "decision desks" injured the basic functioning of our democracy, and tomorrow the trend will probably hold as MSM analysts --except the always-to-be-trusted Barone-- work overtime to find in their numbers the results their polls have been predicting for a month. This dynamic will slow down any good news for McCain and accelerate any perceived good news for Obama.

Play the part of Charlie Brown if you like tomorrow and try and kick MSM Lucy's football, but the best advice is believe nothing until all the polls have closed and the real results are tallied.

It is an extremely close race in all of the key states.