60 in the Senate and The Broken Red Line 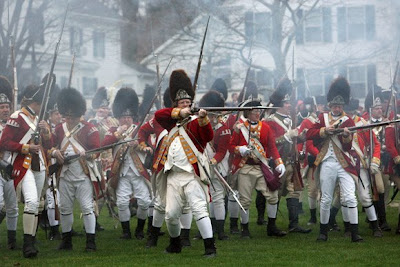 Will the Republican Filibuster be breached?
The Latest On The Senate Fights
Posted by Brian Montopoli CBS

Election Day may have come and gone, but three Senate races are still being fought, and fought hard. If all three go the Democrats' way – an unlikely outcome, but certainly not an impossible one – it would give the party 60 seats in the Senate, a crucial number since it would mean Democrats have attained a filibuster-proof majority.

(One cautionary note for hopeful liberals: Even if Democrats reach the 60 seat threshold, their majority would include independent senator and John McCain backer Joe Lieberman, who has broken with his party on national security issues, as well as other relatively conservative Democrats who might not always vote with their party.)

Here's the latest on the three races.


(AP)
For a while, it looked like 84-year-old Republican Ted Stevens had overcome his felony conviction to be reelected for an eigth term. But early and absentee ballots, which are still being counted, have now given a slim lead to Stevens' Democratic rival, Anchorage Mayor Mark Begich, who says he is "cautiously optimistic" that he will prevail. (The latest count, as of late Wednesday: 132,196 to 131,382.)

If Stevens ultimately wins the race, he still faces the possibility of expulsion from the Senate due to his conviction. If that happens, there will be a special election in Alaska to replace the longtime Senator, and all eyes will be on former GOP vice presidential candidate Sarah Palin as a potential candidate.

"My life is in God's hands," Palin said Wednesday. "If he's got doors open for me, that I believe are in our state's best interest, the nation's best interest, I'm going to go through those doors."


(CBS/AP)
A nasty Senate race involving Democrat Al Franken and Republican Norm Coleman has only gotten nastier since Election Day. Unofficial results put Coleman ahead by 206 votes (out of 2.9 million), but there will be a statewide recount, and both sides are now jockeying for an advantage.

The latest: Franken is suing for access to data on voters whose absentee ballots were rejected. His hope is that some of these ballots get reinstated and ultimately count in the recount. According to the Secretary of State, a decision about the fate of the ballots would have to be made – where else? – in the courts.

Meanwhile, a board billed as "extraordinarily nonpartisan" has been named to determine who has won the race once the dust settles. It includes Democratic Secretary of State Mark Ritchie, two state Supreme Court judges appointed by Republican Governor Tim Pawlenty, and a pair of county judges.


(AP Photo/John Amis)
Republican Saxby Chambliss, who had initially been expected to win reelection easily, garnered the most votes in his Senate race against Democrat Jim Martin. But Chambliss fell just short of the 50 percent mark necessary to avoid a runoff, and as a result, he will face off against Martin in a Dec. 2nd rematch.

Sen. John McCain, fresh off his failed presidential bid, is scheduled to headline a Chambliss rally in Georgia at 4:30 P.M. Eastern Time today. It's McCain's first campaign appearance since Election Day, and it comes in a state he won with 52 percent of the vote.

Despite the show of unity, however, McCain and Chambliss have had their issues in the past. Back in 2002, McCain harshly criticized an advertisement released by Chambliss against Democrat Max Cleland, who was severely injured in Vietnam. The ad suggested that Cleland was weak on national security and included photographs of Osama bin Laden and Saddam Hussein. Chambliss ultimately defeated Cleland.

"I've never seen anything like that ad," McCain said at the time. "Putting pictures of Saddam Hussein and Osama bin Laden next to a picture of a man who left three limbs on the battlefield, it's worse than disgraceful, it's reprehensible."