Time to Make a Decision 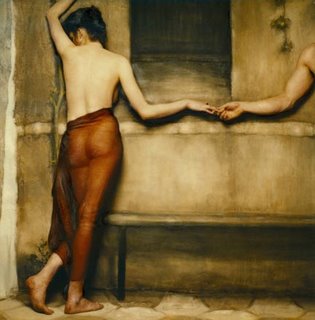 Times come in life where you ask, "what to do next?" Some problems have far more pleasant resolutions and results than others. Some do not. Such a time is upon us with Iraq and Iran. The two have melded into a common problem. Iranian President Mahmoud Ahmadinejad sat down in New York last week with Newsweek, Washington Post's Lally Weymouth to discuss nukes, Iraq, the Holocaust, Bush, Lebanon and whether Israel should really be wiped off the face of the Earth. I use excerts and focus on four points:

A. The US helped and strengthened Iran by getting rid of Saddam..."that
the result of the U.S. invasion is that Iran is more powerful than it
has ever been"
B. Iraq is worse off today than it was under Saddam..."In the past years,
hundreds of thousands of Iraqi civilians have been killed. Even worse than what
it was under Saddam."
C. Iran is on the way to be a large regional power. Everyone in the region says Iran is now the most powerful country
D. Iran supports the Shiite..."Mr. Maliki is a friend of ours. Our nations are
very close. The country that is hurt most by the insecurity in Iraq is our
country."

It is difficult to fault his answers. It is harder yet to deny the implications of what he is saying. The US, by attempting to stay in Iraq beyond the time it took to remove Sadaam, has strengthened Iran in the region. US troops are dying and American treasure is being used to what end? Are American interests improved with a stronger Iran? If they are, then by implication we should not be overly concerned with Iran becoming a nuclear power. Under the Shah, the US was encouraging to Iran to become a major power. But then we also supported Islamic militancy in Afghanistan to fight the Russians. Stated current American policy is not to make Iran stronger. In practice by supporting the Shiite dominated government, we are accomplishing the opposite. Which is it to be? What am I missing? The complete interview is on the link, the referred to portion is below. Please help me out here.


Q: In your meeting with the Iraqi prime minister last week, did any ideas emerge as to how to stabilize the situation in Iraq?

A: Saddam was a detested individual, no doubt, and although he was supported by a group of American politicians during the eight-year war with Iran, we nonetheless were happy when he left.

This paved the way for the American government to improve their relations with the people in the region, but they lost the opportunity, they decided to occupy Iraq in search of oil and their own interests. . . . The Iraqi nation has deep roots - an ancient, civilized culture - it cannot accept to remain under occupation. It cannot accept that its authorities are told on a daily basis what to do by American authorities.

In the past years, hundreds of thousands of Iraqi civilians have been killed. Even worse than what it was under Saddam.

Everybody in Iraq is unhappy. Iraq has a government now that has risen as a result of the vote of the people, and it has a constitution and a parliament. Let them run and administer the country. Our policy is to support the government of Iraq, to create security for the country.

Q: It seems as if a Shiite majority has emerged with the bulk of power in Iraq. Is this good from Iran's point of view?

A: We are friends with the entire nation of Iraq. Our nation is like an extended family of the Iraqi nation. . . .

We are not like American politicians who divide people and fracture.

A: This is your mistake again. Mr. Maliki is a friend of ours. Our nations are very close. The country that is hurt most by the insecurity in Iraq is our country.

Everyone in the region says Iran is now the most powerful country, that the result of the U.S. invasion is that Iran is more powerful than it has ever been.

Q: Do you think there is a problem with Iran being a powerful country? Are you implying that the Americans went there to strengthen Iran?

A: No, but don't you think that is the end result?