Ongoing Series on "Religion of Peace" 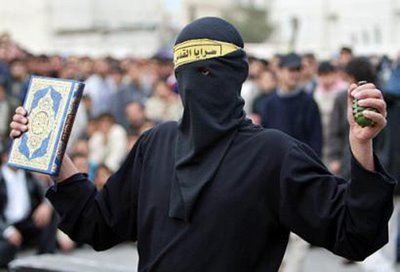 The blessed season of Ramadan has arrived. We are told it is to be something like this:
"Muslims are also expected to put more effort into following the teachings of Islam by refraining from violence, anger, envy, greed, lust, angry and sarcastic retorts, refrain from gambling and betting and gossip. Sexual intercourse during fasting in the day is not allowed but is permissible after the fast. All obscene and irreligious sights and sounds are to be avoided. Purity of both thought and action is important. The fast is an exacting act of deep personal worship in which Muslims seek a raised level of closeness to God."

Since I am not a Muslim, perhaps I can be a little angry and a tad sarcastic. Just for some Ramadam fun and while sexual intercourse seems to be off menu if not off topic, let's take a peak and see how the "Religion of Peace" is doing this morning.
There must be something in the true spirit of Islam. perhaps this is the real mean'nin to the season:

Somali Christian sources report Ali Mustaf Maka'il, a 22-year-old college student and cloth merchant who converted from Islam to Christianity 11 months ago, was shot and killed in the Manabolyo quarter of Mogadishu.

According to a report from the Barnabas Fund, quoting a Christian source inside Somalia, the gunman was loyal to the Union of Islamic Courts, the Islamist organization that took power in Mogadishu in early June and now controls much of southern Somalia.

The report states the gunman shot Ali in the back Sept. 7 after he refused to join a crowd chanting Quran verses in honor of the lunar eclipse. Solar and lunar eclipses are significant in Islam and are accompanied by special congregational prayers. The Union of Islamic Courts confiscated Ali's body for 24 hours before delivering it to the grieving family, the report said.

The Barnabas Fund comments: "It seems that under the new Islamist rulers, who include hard-line jihadi elements, the tragic history of persecution and martyrdom for Somalia's tiny Christian community is set to continue and most likely to worsen."

The group reports that in July there were unconfirmed reports three Christians had been shot and killed by Islamists as they returned home from a prayer meeting.

In October 2005, an evangelist and house church leader, Osman Sheik Ahmed, was shot dead by Islamist radicals, Barnabas said. Also, children of Christian Somali refugees in Kenya have been kidnapped by Muslim relatives and taken to Islamic institutions in Somalia for 'rehabilitation.'"

The Barnabas Fund pointed out the leader of the Union of Islamic Courts, Hassan Dahir Aweys, promised to implement Sharia, or Islamic law, in all areas he controls.

According to Sharia, the group explained, apostates – those who leave Islam for another religion – must be killed. Union of Islamic Court leaders even have threatened to kill as apostates Muslims who are lax in their prayers, claiming this is commanded by Sharia. Several Muslims have been flogged publicly for drug-related offences since the union took control.

The Barnabas Fund report states more then 99.5 percent of Somalis are Muslims and regard Christianity as a foreign religion of their historic enemies in Ethiopia and of their former colonial masters the Italians and the British.

It adds: "There is a long history of conflict between Muslim Somalis and Christian Ethiopians, so anti-Christian sentiment runs deep. Most Somalis take it for granted that a true Somali is a Muslim and converts to Christianity must be traitors. These prejudices, widely held by Muslim Somalis, seem to be used to justify violence against Christians, both indigenous and expatriate.

The group says the inherent hostility toward the West and Christians has risen since the U.S.-led military actions in Afghanistan and Iraq and the recent Israeli campaign against Hezbollah.


Have a nice day.