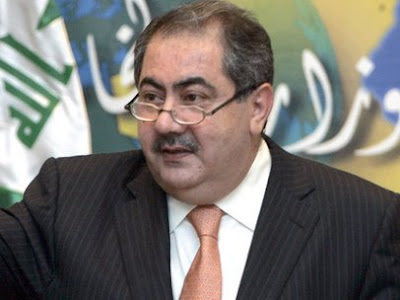 Barack Obama has built his campaign on judgment and change. What does he do if the change that is taking place is in Iraq? What does his judgment require from him if the lawful government of Iraq requests the continued presence of US troops in Iraq?

Newt Gingrich on CBS said that the Republicans will not beat Obama by running against Obama's experience but on his ideas and beliefs. I believe he is correct. John McCain owns the Iraq policy of the Bush Administration. He may as well use it to his advantage and the Iraq Foreign Minister may just have teed one up in the rough for my guy.

"We need this continued support of the U.S. forces, of the multinational forces, because the gains we have gained, both security, military economic are still vulnerable," he told CNN's Late Edition, weighing into a major issue in the U.S. presidential campaign.

The surge of U.S. troops since 2007 -- currently there are around 150,000 in Iraq -- had dramatically curbed violence. Improved training of Iraqi forces would reduce Baghdad's dependence on foreign troops and eventually enable withdrawals, said Zebari.

"But this is a process. I think we are not there yet," he said in Washington.

Zebari avoided explicitly taking sides in the contest between Republican John McCain, who has vowed to keep American troops in Iraq until the war is won, and Democratic rival Barack Obama, who has promised to remove U.S. combat troops within 16 months of taking office.

Iraqis "respect the will of the American public, but for us it's very important to put both candidates in the true picture," he said after meeting McCain in Washington.

Zebari, who said he planned to discuss Iraq in a telephone call with Obama on Monday, said his message would be that things have turned around in the country.

"Iraq has been to hell many times, and back, and now we have the right policies, the right personnel and we have a committed government to accomplish its national agenda -- and the surge strategy has worked," he said.

"Both candidates have to look hard at the issues, because Iraq is not an island," he added in a reference to his country's strategic position in the Middle East.

McCain has built his campaign largely around his strength as a potential commander in chief. He has drawn contrasts with Illinois Sen. Obama, who McCain says is too inexperienced in foreign policy and military affairs.

The Arizona senator told reporters after meeting with Zebari that "there's no doubt that the surge has succeeded" but challenges remained because al Qaeda was on the defensive, but had not yet been defeated.

"We will be able over time to withdraw and come home with honor and victory, not in defeat," McCain said.