"Dancing in the Dark" - Death of a Lady 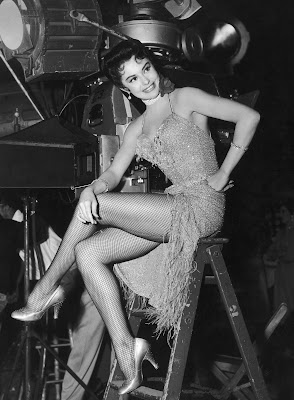 Cyd Charisse
CYD CHARISSE AND THE MYSTERY OF DANCERS

I interviewed Cyd Charisse in 2002, when I was writing my biography of Louis B. Mayer. A producer who had worked at MGM liked me and my questions, and on the spur of the moment decided to call up Charisse and tell her she really should talk to this nice young man - “young” being a loose term when used by octogenarians. She promptly scheduled the interview for the next day.

I have interviewed everybody from John Wayne on down, but I was frankly nervous about interviewing Cyd Charisse, simply because I’d always thought she was was - how to put this delicately? - smokin’ hot. Put it another way: if watching Cyd Charisse in “The Band Wagon” doesn’t turn you on, it’s time for the monastery.

We met in her Wilshire Boulevard condo. Because she had been raised at MGM, she dressed for an interview as if it were a formal occasion. The dress was superb, her makeup faultless. She still had her dancer’s body, was still beautiful, although there was a cast in her eye that hadn’t been there decades earlier.

Once, a long time before, she had been a little girl from Amarillo, Texas, but she had left that behind. She was drily funny about the business, affectionate about “Mr. Mayer” and the entire MGM experience, loved Eugene Loring, her favorite choreographer.

But she was very restrained and composed. She only really sprang to animated life when the name of Dore Schary came up. She loathed Schary, felt he had no taste for musicals. The passion that had always animated her elegance was suddenly present in the room.

The transition was an interesting corrollary to her career - in movement she was unparalleled, by far the greatest female dancer in the movies, but as an actress, standing still, she was inhibited and dull. This is why her movie career dribbled away when musicals died, even though she was only in her mid-30s at the time.

She never disappointed me in the movies, and she didn’t disappoint me in person either. I think I need to watch the “Dancing in the Dark” number from “The Band Wagon” right away. Click below and you can, too