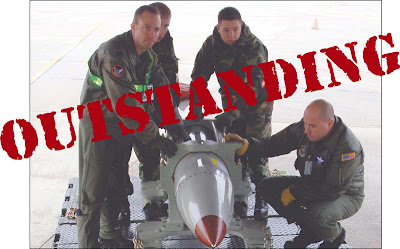 Most American bases in Europe where nuclear weapons are stored have inadequate security, a secret internal US air force review has found.

The report, which was ordered after the US air force lost track of six nuclear cruise missiles last August, found that "support buildings, fencing, lighting and security systems" were in need of repair.

In some cases, it was found that conscripts with less than nine-months experience were being used to guard the nuclear weapons. Elsewhere private security guards were used to protect the bombs.

The report recommends that the US nuclear arsenal in Europe be consolidated to "reduce vulnerabilities at overseas locations". That would involve the withdrawal of significant numbers of US nuclear weapons from Europe.

The US air force does not publicise details of its nuclear arsenal, but it is believed that it has up to 350 bombs in seven bases, including up to 110 B61 bombs at Lakenheath in Suffolk.

It is not clear whether Lakenheath is one of the bases that fall short of Pentagon security standards, but the report states that "most sites require significant additional resources to meet [US department of defence] requirements."

The current stockpile in Europe is only a fraction of its cold war size. Analysts say the residual arsenal, consisting of free-fall bombs rather than missiles, is of little military significance in the 21st century.

"They fulfil no military function. They are a political symbol for Nato," said Paul Ingram, of the British American Security Information Council. "Withdrawing them from Europe would be the logical next step in nuclear disarmament."

The classified US report, entitled Air Force Blue Ribbon Review of Nuclear Weapons Policies and Procedures, was circulated internally in February. But the Federation of American Scientists, an independent watchdog group, obtained a leaked copy this month and has published it on its website (fas.org).

Hans Kristensen, an FAS nuclear specialist, wrote: "The main implication of the ... report is that the nuclear weapons deployment in Europe is, and has been for the past decade, a security risk ... This contradicts Nato's frequent public assurances about the safe conditions of the widespread deployment in Europe."

The leaked review has triggered a political storm in Germany, where the Social Democrats, a partner in the governing coalition, this week called for the removal of all nuclear weapons from the country as a result of the findings. But the Christian Democratic Union, of Chancellor Angela Merkel, has argued against making any quick decisions, saying that the weapons remain a factor in Germany's defence.

The air force review was triggered by an incident in August last year when six cruise missiles with nuclear warheads were flown across the US, from North Dakota to Louisiana, by mistake. The B-52 bomber that took them was supposed to have taken unarmed cruise missiles. The warheads sat unguarded for 30 hours before their absence was noticed.

As a result of the inquiry, the US air force chief of staff and the air force secretary resigned earlier this month.

As well as unearthing shortcomings in security in Europe, the review found the equipment used to transport nuclear weapons was aging, there were "potential vulnerabilities" in the convoys used to move them, and "stubby pencil" note-keeping was used to keep track of them.