The Hare and the Tortoise (or is Obama trying to Give McCain a Heart Attack?) 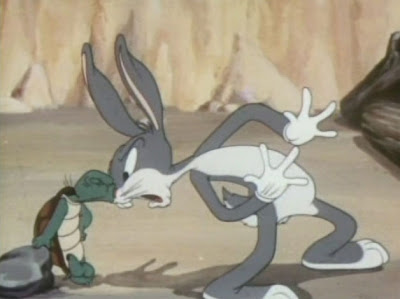 WASHINGTON (AFP) — Democrat Barack Obama is broadening the playing field against his Republican White House rival John McCain with a nationwide trawl for votes that could, if successful, produce a landslide.

Obama's campaign manager David Plouffe on Wednesday outlined the 50-state strategy the Illinois senator is pursuing for November's election, designed to stretch the poorer McCain campaign's resources to the limit.

"We're simply not going to wake up on November 4 worried about one state," Plouffe told a press briefing at Democratic Party headquarters, adamant that this election would be unlike the knife-edge contests of 2000 and 2004.

"We have a lot of different ways to get to 270," he said, referring to the magic number of electoral votes needed for victory in the election.

In 2000, Florida was the unforgettable battleground that handed victory to George W. Bush after much legal wrangling. In 2004, Bush won re-election when Ohio, by a wafer-thin margin, went against Democrat John Kerry.

Plouffe said Obama's "first strategic goal" was to retain Kerry's states. Of those, McCain scents opportunity among the white working-class voters of Michigan and Pennsylvania, and in independent-minded New Hampshire.

But in turn, Obama is intent on flipping Republican red states that have not voted for a Democrat in years, including Virginia, Colorado, Missouri and Iowa.

Two polls in recent days have given Obama a double-digit margin over McCain among registered voters nationwide, although these are still early days in the general election campaign.

A Los Angeles Times/Bloomberg survey Tuesday said that in a head-to-head contest, Obama had 49 percent support against 37 percent for McCain. Newsweek last Friday had Obama ahead of McCain by 51 percent to 36.

But as Plouffe noted, the general election will be fought state by state and not on an imaginary national battlefield -- just like Obama's primary campaign that saw off the dogged challenge of Hillary Clinton.

Much of Obama's yawning lead comes on the back of Clinton supporters rallying behind the Democrats' new champion after the bruising nominating epic.

What interests the campaign brains such as Plouffe and Obama strategist David Axelrod are surveys in key states, levels of enthusiasm for the election contenders, and the extent of their grassroots organizations.

On those metrics, McCain trails Obama, who has become the first candidate since the Watergate scandal to reject public financing for his campaign, so reversing his vow to work with the Republican to preserve the system.

With a three-to-one fundraising advantage over McCain, Obama will be free to pile up advertising and get-out-the-vote operations in far more states than Kerry could ever compete in.

The Democrat is now airing his first general election ad, a patriotic ode called "Country I Love," in 18 states including Republican bastions such as Alaska, Montana and North Dakota that Plouffe says will be in play in November.

But beyond costly advertising, the Obama campaign is also taking a leaf from Bush's book to mobilize local supporters -- a "persuasion army," in Plouffe's words -- who can knock on doors and spread the word among friends and family.

That is where levels of motivation become crucial. The LA Times poll found that among voters who plan to vote for McCain, more than half were "not enthusiastic" about the Republican.

"McCain is not capturing the full extent of the conservative base the way President Bush did in 2000 and 2004," said Susan Pinkus, director of the LA Times poll.

The recent polls have given Bush record-low approval ratings, and found far more voters identifying themselves as Democratic instead of Republican, which could portend the Democrats tightening their grip on Congress in November.

But historically, voters have liked one party in the White House and another in charge of Congress. Therein lies hope for McCain and his promise of assured leadership in troubled times.