Mr. Zebari's Message to Obama: Enemies of the United States -- "would celebrate." a US withdrawal. 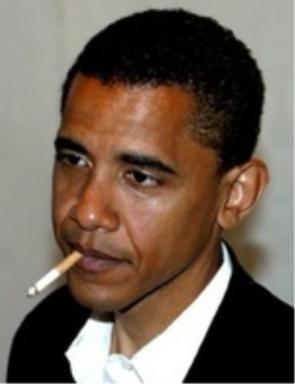 Presidential Timbre
The Iraqi foreign minister is going to have to put our chosen one on an OJT program on foreign affairs. It seems that deeply imbedded doctrinaire leftist talking points have clouded Obama's thinking and judgment. This featherweight Afro-centric presidential candidate needs intense scrutiny on many issues, that will not come from the usual media controllers. McCain will have to crank it up a few more notches. I am more and more convinced this guy can be beaten.

Iraq's foreign minister has a chat with Barack Obama.

SEN. BARACK OBAMA told Iraq's foreign minister this week that he plans to visit the country between now and the presidential election. We think that's a good thing, not because Sen. John McCain has been prodding the candidate to do it but because it will give Mr. Obama an opportunity to refresh his badly outdated plan for Iraq. To do that, the Democrat needs to listen more to dedicated Iraqi leaders like Hoshyar Zebari, the foreign minister -- who, it seems, didn't hold back during their telephone conversation.

Mr. Obama laid out his current strategy for Iraq in November 2006, shortly before announcing his candidacy for president. At the time, Iraq appeared to be on the verge of a sectarian civilian war, and Mr. Obama was trying to distinguish himself in the Democratic primary race by offering a timetable for withdrawal. Nineteen months later, the situation in Iraq has changed dramatically, with violence down 75 percent from its peak and the Iraqi government and army in control of most of the country. But Mr. Obama has not altered his position: He still proposes withdrawing most U.S. troops according to a fixed timetable, set to the most rapid pace at which commanders have said American forces could be pulled out.

Mr. Zebari, who has served as foreign minister in every Iraqi government since 2003, finds Mr. Obama's proposal worrying. In a meeting with Post editors and reporters Tuesday, he said that after all the pain and sacrifices of the past five years, "we are just turning the corner in Iraq." A precipitous withdrawal, he said, "would create a huge vacuum and undo all the gains and achievements. And the others" -- enemies of the United States -- "would celebrate."

Mr. Zebari said he told Mr. Obama that "Iraq is not an island." In other words, an American withdrawal that destabilized the country would also roil the region around it and embolden U.S. adversaries such as al-Qaeda and Iran. "We have a deadly enemy," Mr. Zebari said. "When he sees that you commit yourself to a certain timetable, he will use this to increase pressure and attacks, to make it look as though he is forcing you out. We have many actors who would love to take advantage of that opportunity." Mr. Zebari says he believes U.S. forces can and should be drawn down. His point is that reductions should be made gradually, as the Iraqi army becomes stronger.

The foreign minister said "my message" to Mr. Obama "was very clear. . . . Really, we are making progress. I hope any actions you will take will not endanger this progress." He said he was reassured by the candidate's response, which caused him to think that Mr. Obama might not differ all that much from Mr. McCain. Mr. Zebari said that in addition to promising a visit, Mr. Obama said that "if there would be a Democratic administration, it will not take any irresponsible, reckless, sudden decisions or action to endanger your gains, your achievements, your stability or security. Whatever decision he will reach will be made through close consultation with the Iraqi government and U.S. military commanders in the field." Certainly, it makes sense to consult with those who, like Mr. Zebari, have put their lives on the line for an Iraq that would be a democratic U.S. ally. Mr. Obama ought to listen carefully to what they are saying.