Did The Messiah Fly Too Close to the Sun? 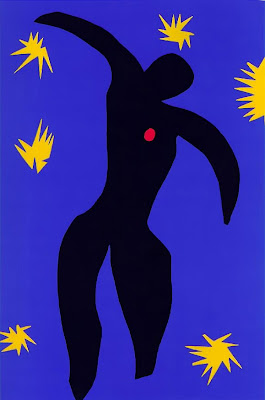 McCain can beat Obama if he goes at him and continuingly keeps him on the defensive exposing him for what he really is, another ordinary very ambitious politician who will do anything, say anything and stage anything to get elected.

That will not budge the hard core Left who does not care. They share the same lust for power in their quest to complete their elitist world view.

It could help with a crucial three or four percent who actually believe in the Obama.

Here's hoping my guy has the steel teeth.

From the moment that the public financing system was created in the wake of the Watergate crisis, it was viewed as an imperfect way to rid politics of the excesses of special-interest money.

But now, with the decision by Senator Barack Obama to become the first presidential candidate to forgo public money, the system is facing the most critical threat to its survival.

At various times in its three-decade life, the public financing system has been declared close to its demise. Yet, every four years, it has continued to survive, with all presidential candidates since the system began in 1976 accepting public money to run their general election campaigns — and the spending limitations that come with it.

Yet, while candidates have accepted these limitations, large sums of special-interest money have continued to enter politics through inventive loopholes used by major contributors to get around the law’s restrictions.

Over the years, these loopholes have come in different names and different forms. Back in the 1990s, there was “soft money,” a flood of unlimited and unrestricted donations given to party committees, leading to influence-peddling excesses that were laid bare in a Clinton-era Senate investigation.

That type of giving was outlawed, and a few years later came the rise of “527 money,” named for a section of the tax code that regulates independent spending.

In recent years have come the “bundlers,” or wealthy individuals who gather donations from other rich donors. They are the Rangers and Pioneers and other titled donors that are the descendants of the Republican Team 100 fund-raising juggernaut of the first President Bush.

But Mr. Obama’s decision to opt out of public financing — along with the ability of the Internet to let candidates raise large sums of money from small donors — may do more to shatter the system than all of the loopholes it has spawned.

As structured, each presidential candidate stands to receive $84 million in public money. This money is gained from the $3 check-off on federal taxpayer returns, which the major party candidates can use to run a general presidential campaign from the end of each party’s convention to the November election.

Each political party can also raise and spend money to support its candidate. Donors can give up to $28,500 to party committees, as well as often-unlimited amounts to 527s, nonprofits and a bevy of other committees that exist outside the formal party structure, to influence the election.

Yet even candidates with as many wealthy connections as George W. Bush or who are as adept at fund-raising as Bill Clinton took public money for their general presidential campaigns. Senator John McCain, the presumed Republican nominee, has said he would remain committed to the public finance system, but he may well be the last major candidate to do so.

“Obama’s decision may not be the death knell of public financing, but it certainly is close to it,” said Anthony J. Corrado Jr., a campaign finance expert and professor of government at Colby College. “Public financing has become a system of last resort, rather than the jewel of the campaign finance system. Rather than being a source of funds, candidates accept public money kicking and screaming.”

Even the Supreme Court, in a 2003 decision upholding the McCain-Feingold measure that banned soft money from politics, recognized how difficult it is to shut off the spigot of special interest money in politics. “Money, like water, will always find an outlet,” the court wrote.

These days the outlet is the Internet, the tool that enabled Mr. Obama to break his promise that he would accept public funds.

But the use of the Internet to raise campaign money at least plays into the spirit of campaign finance reform, some analysts said, and possibly does more to rein in the influence of big donors and special interests than 30 years of restrictions imposed by federal law.

While collecting contributions through the click of a button has contributed to the record-breaking sums of money raised this election — for the Democratic primaries alone, Mr. Obama and Senator Hillary Rodham Clinton raised around $500 million — it has also made it easier for average Americans to participate in the financial end of politics.

Reformers have long said the current system forces candidates to spend a disproportionate amount of time raising money and courting the wealthy and others with special interests who can easily raise it.

But by showing that he could raise large sums from small donors — 47 percent of the $263 million Mr. Obama received has come in amounts of $200 or less — Mr. Obama has made the argument that he has achieved online what the public finance system has been unable to do. And he has been freed from the necessity of spending countless hours fund-raising.

“The reality is that the amount of money that comes from the government is not enough to run a modern presidential campaign,” said Larry Makinson, a consultant to the Center for Responsive Politics, a Washington group that tracks campaign donations. “The amount Obama has raised from small contributors has been unprecedented. There has never been an infusion of small dollar donors like this.

“And,” Mr. Makinson said, “he got there by snubbing the campaign finance system.”