Vote for Romney, Reconcile with McCain

Like it or not, the Democrats will likely own Washington when this is all over. A life long super liberal or an inexperienced socialist will rule. A Republican president and inept leadership in Congress have squandered the permanent Republican majority. Eight years on a Democratic presidency will totally change the Supreme Court. New rights and entitlements will be found and old ones expanded.

Current government spending is unsustainable without tax increases and class envy will ensure that the revenues will be increased to feed the requirements of the expanding welfare state. The only possible scenario to temper that would be a Republican president. 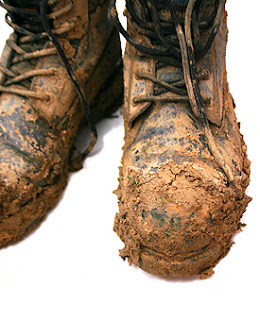 At best, it will be a presidency of compromise, exactly in the fashion as Romney governed in Massachusetts. The problem is Romney will not be the candidate. If he is, he will not win. Like it or not McCain is the last man standing. You can judge for yourself who is responsible for that, but it is not the Democrats. I am about as enthused about John McCain, as I would be wearing a pair of tight wet boots, but look around and show me another choice. Forget what should have been. Vote for Romney, reconcile yourself to McCain, or lace them up.

Most leading conservative writers, radio hosts, and activists would probably concur that their liberal counterparts have never really connected with average Americans. Personalities on the right sell more books and get higher radio and television ratings. And until recently, conservatives seemed to be on an electoral politics roll begun in 1994 when the GOP retook the House. Within Republican ranks, for all the talk about crack-ups and implosions, the Reagan legacy still bridges divides between libertarians, social and religious conservatives, and national security conservatives.

By comparison, the left often draws flies. Win, lose, or draw, Democrats are prone to eat their own. Post-FDR, the last time that staunch liberals saw their favorite candidate elected president was never. In fact, the only time Democrats actually nominated a candidate who toed the liberal intelli-gentsia's line was 1972. George McGovern, who recently called for President Bush's impeachment (cue applause in Cambridge, Mass.), got 38 percent of the national vote.

But what is true for the liberal goose is true for the conservative gander. As Daniel Patrick Moynihan liked to quip, people are entitled to their own opinions, but they are not entitled to their own facts. John McCain is more conservative on more issues than average Americans are. By every standard measure (voting record and ratings, positions on major issues), McCain is conservative. Unlike his critics on the right, however, he is no ideological purist; he is conservative, but he is not what the pollsters call "very conservative." That is one obvious reason why he has such wide appeal. For even in our decidedly right-leaning mass electorate, few Americans, including few Republicans, answer to "very conservative."

Now, do the simple math. "Very conservative" Republicans are only about 3.6 percent--28 percent times 13 percent--of the mass electorate. If that just seems too low, consult the American National Election Studies (ANES) and add the 12 percent of independents who lean Republican to the 12 percent who are self-described "weak Republicans" and the 16 percent who are self-described "strong Republicans." This sums to 40 percent of the mass electorate. But that still means just 5.2 percent of all voters (40 percent times 13 percent) qualify as "very conservative" Republicans.

To get the figure into double-digits, the "very conservative" faithful would have to be at least a quarter of the party's people, and the party's identifiers would need to be 40 percent of the mass electorate (25 percent times 40 percent just equals 10 percent). But that would be a data-free stretch.

In a country of some 300 million souls, a lively and like-minded 4 or 5 percent of the voting-age population can keep myriad media personalities in the money and favored candidates in office. But the conservative party cannot win the presidency without more than a little help from weakly conservative and moderate voters including Democrats and independents.

In 2000, Bush won independents 47 percent to 45 percent over Gore. In 2004, Bush lost independents, getting 48 percent to Kerry's 49 percent. The winning difference in 2004, an election in which both parties exceeded their early turnout projections, was the several million evangelical voters who favored Bush but had not turned out in 2000.

Even given another candidate as popular with evangelicals as Bush, there is simply not much more electoral juice left to be squeezed from the evangelical orange. The exception would be the fast-growing evangelical Latino population represented by groups like Esperanza USA, and encompassing Latino churches and fraternal organizations by the thousands. President Bush made measurable electoral inroads with that population, but those gains have evaporated for Republicans. The GOP's hard-line rhetoric on immigration, and its failure to deliver big on federal aid for faith-based initiatives, has alienated even religiously conservative Latino leaders.

None other than John McCain keeps asserting that Republicans lost in 2006 because they stopped strictly adhering to conservative orthodoxy by succumbing to Washington's overspending ways. This claim may warm some very conservative hearts, but total yearly federal spending as a percentage of Gross Domestic Product (GDP) has averaged in the low twenties since Reagan was president, and the annual nondefense discretionary spending that conservatives especially love to hate rose only from 3.2 percent of GDP in 1999 to 3.8 percent of GDP in 2006. Surveys indicate that most Republicans who voted for Democrats or simply stayed home in 2006 were not focused on overspending or overtaxing. Nor were they particularly upset with the GOP over social issues or support for traditional values.

Rather, as the ANES and other surveys showed, most voters, including many Republicans, were disenchanted with Bush's Iraq policies and generally worried that the country was moving in the wrong direction. Plus, the Democrats finally woke up and ran some less decidedly liberal candidates, including a few pro-life Democrats, in key races. In December 2007, Gallup surveys found voters giving Democrats the edge on four out of five issues that mattered most to them: health, taxes, the economy, and Iraq. The only issue on which voters favored Republicans was terrorism.

I was not a Reagan Democrat, but every one of my six closest lifelong friends--each, like me, born a working-class Catholic and raised as a Democrat in the 1960s and 1970s in Philadelphia--was. I have the "liberal egghead" teasing scars to prove it. But, reflecting national trends, half voted for Kerry in 2004, and all but one voted Democratic in 2006.

So, finally, an unscientific survey: All my ex-Reagan Democrat buddies like McCain best because he is a war hero, because he seems strong on national defense, and because he looks the part. They all say that they will vote for him if he is the Republican nominee.

The 2008 presidential election may turn on whether the GOP can win back independents, and on whether my friends and millions more like them become McCain Democrats. Many other general election scenarios remain possible. But in this exceptionally weird election year, witnessing the not-so-vast right-wing conspiracy McCain-bash its way to a third Clinton term would win the prize for irony.

John J. DiIulio Jr. is a contributing editor to THE WEEKLY STANDARD.