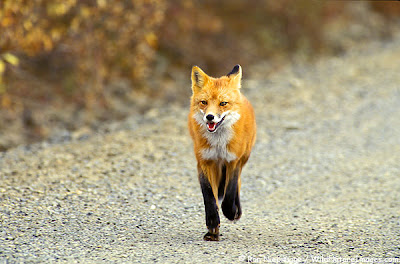 A year ago, at the beginning of his bid to secure the clean-up-Washington mantle, Barack Obama made a pact with John McCain that, if the two were to be their party's nominees, each would accept public financing for the general election. That agreement sounded far-fetched: At the time, McCain was in the middle of his high-profile free-fall in the polls, while Obama trailed Hillary Clinton by wide margins in virtually every poll.

Now, McCain is virtually the nominee-in-waiting. By his campaign's count, he has already surpassed the necessary threshold of delegates needed to win the GOP convention in St. Paul. Obama, too, is close to winning his side. He has Clinton against a wall; she needs wins in key states of Ohio and Texas in order to keep her campaign afloat. The scenario that the two candidates who most talk about reforming Washington will actually face each other in November looks more than possible, it looks probable.

Obama's own success has forced him to make a choice that opens him to attack either way. Both of his opponents, smelling potential weakness, are already hammering him, pushing him to make the choice that would give McCain a much better position from which to win the presidency.

After raising $32 million in January and about $100 million in 2007, Obama proved he can build a campaign warchest unlike any the American electorate has seen before. If he continued to raise the amount he achieved in January, Obama would have raised an additional $300 million this year, more than $100 million above John Kerry's spending in 2004. There is reason to assume that, once Obama clinches the nomination, his pace would actually pick up.

McCain, on the other hand, has never been seen as a strong fundraiser. He fell far short of his $100 million goal for 2007, raising just $40 million and ending the year with $1.5 million more in debt than he had in the bank. While his fundraising, as the nominee, will ramp up, it is reasonable to assume that, both because of McCain's slow pace and Obama's success, the Democratic candidate would have a giant financing edge over the Republican.

So McCain has something fairly significant vested in making sure both candidates stick to public financing. If they don't, Obama would be able to outspend him by leaps and bounds. If they do, McCain has a level playing field. In fact, given that the Republican National Committee has consistently outraised the Democratic National Committee, McCain would even be at something of an advantage, as the RNC could outspend its Democratic counterparts to better define the young senator.

McCain has spent much of the last several days lambasting Obama's waffling on the promise. As Democrats have done to him in recent weeks, so McCain has begun targeting Obama with verbal shots, offering a preview of the general election to come, should they face off. "I expect Senator Obama to keep his word to the American people as well. This is all about a commitment that we made to the American people," McCain said in Oshkosh, Wisconsin, on Friday, according to the Associated Press.

Clinton, on the other hand, made no such financing promise. Instead, she has based much of her campaign on the notion that she is the more electable candidate, and were she to face McCain, she would revel in her ability to outpace the Republican in fundraising. Her argument against Obama on public financing will likely be two-fold, and the first stage is already well underway.

"Last year, Senator Obama pledged to take public financing in the general election if the Republican nominee agreed to do so as well," Clinton communications ace Howard Wolfson said in a statement today, ahead of a conference call focused on the same issue. "Unfortunately, he broke that pledge this week. It now appears that Senator Obama made a promise to the American people that he is not keeping."

But the call for Obama to keep his word is a thinly-veiled trap. Should he do so, Clinton's electability argument will take on a new sense of purpose. If Obama is the nominee, she should argue, he will offer Republicans an opportunity to win. If she is the nominee, she can make the case to primary voters, she will show Republicans no mercy, making her the more electable candidate.

Obama faces two choices: First, he can take public financing, save some face now and open himself to new, stronger attacks on his electability from Clinton while providing McCain an even playing field. Second, he can back out and take a few weeks of assault from McCain and Clinton for going back on his word.

While financing a campaign is an issue few voters care about, choosing the second scenario could potentially cost him votes in a primary election. Choosing the first could risk the general election itself by giving McCain a chance Obama doesn't have to provide. The question cynics in his campaign have to answer: Do they really want to change the way politics works, or do they really want to win? The answer to that question will determine their choice on public financing.