Chinese Espionage Continues with No US Response. 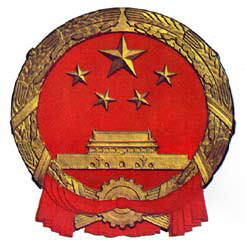 The industrial and military spying outrage by the Chinese, against the US continues without consequences to the Chinese. The problem worsens yearly. I have a little suggestion:

Value the intellectual and military cost of Chinese espionage and slap a tariff on all Chinese imported goods to recover the cost in one year. It is estimated the cost to the US is in excess of $60 billion per year. That would cost them $165 million a day. That ought to get their attention.
____________________________
WASHINGTON (CNN) --

In a separate case, California prosecutors arrested and charged a long-time employee and contractor for Boeing and Rockwell with providing Beijing secrets dealing with the space shuttle and several other sensitive military aircraft and rocket programs.

"It's a threat to our national security and to our economic position in the world, a threat that is posed by the relentless efforts of foreign intelligence services to penetrate our security systems and steal our most sensitive military technology and information," Wainstein said. Watch authorities describe the case »

Wainstein said the Chinese government is among the most aggressive of foreign powers seeking access to U.S. military and economic secrets.

Kang, a permanent U.S. resident, will make her initial appearance Monday in a federal court in New Orleans before she is transferred to Virginia to stand trial.

Bergersen and Kuo made initial court appearances in Alexandria, but because they had no lawyers were ordered detained pending a detention hearing Thursday. Bergersen, who was arrested Monday morning, was still wearing a T-shirt and shorts as he appeared before a magistrate judge.

A woman identifying herself as Bergersen's wife told reporters her husband is innocent and the charges had "come out of the blue."

At the Washington news conference, officials declined to comment on how much Bergersen was paid, or whether he knew the destination of the secrets he sold.

Justice Department officials said Kuo cultivated friendships with Bergersen and others at the direction of an unidentified official of the Beijing government. Kuo allegedly "gathered national defense information on behalf of the government" of China from January 2006 to this month.

Meanwhile, in Santa Ana, California, a long-time defense industry employee and contractor was scheduled to appear in court for allegedly providing military secrets to Beijing. Watch where the U.S. says Chinese spies are working »

"A document says he did it out of loyalty to the Motherland," said U.S. Attorney Thomas O'Brien.

O'Brien said Dongfan "Greg" Chung, 72, of Orange, California, a naturalized U.S. citizen, had worked for Rockwell, Boeing and a Boeing contractor for more than 30 years.

"Chung made multiple trips to the PRC [People's Republic of China] to deliver lectures on technology involving the space shuttle and other programs, and during those trips he met with officials and agents of the PRC government," O'Brien said. Chung also allegedly provided information on the C-17 military transport and the Delta IV rocket.

He is scheduled to appear before a federal magistrate in Santa Ana, California, late Monday, officials said.

Prosecutors say the case is linked to that of another engineer, Chi Mak, who was convicted last year along with several family members of providing information to the Beijing government.