Clinton Getting Screwed by the Blacks. 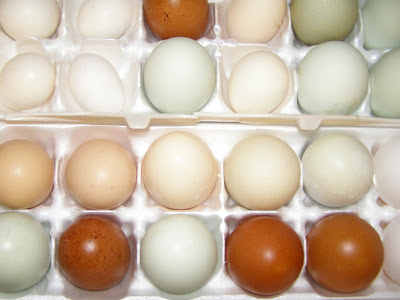 It is all about color
White liberals always have a problem in intellectual honesty. Facts get in the way of evidence, observation and common sense. In this article from the NYT and many others the MSM freely talk about how white men are voting and analyze how single mothers and Hispanics vote, but they can't state the obvious; in this election blacks are acting as racist as any other group, except more so.

You will hear smug surprise that white men are actually voting for Obama or Obama is not doing well in a state where there are large groups of Hispanics, but nothing about the implications that blacks, en-masse, are voting against whites for a black candidate.

There is no other explanation for the almost complete support for Barack Obama from Afro-Americans, after all, Obama is no product of slavery. He is a product of privilege. He has the only requirement needed by Afro-American voters and that in skin tone.

Despite near perfect support for black causes by the Clintons over many years and impeccable liberal credentials, black American voters have thrown Clinton not to the back of the bus, but under the bus. It is a disgrace and no amount of liberal white washing will erase the stain of the obvious.

It should come as no surprise that years of tolerance of such overtly racial black exceptionalism in such things as a “black caucus" has fostered the license for Afro-Americans to practice what would be called racist if done by any other group.

Senator Hillary Rodham Clinton and her advisers increasingly believe that, after a series of losses, she has been boxed into a must-win position in the Ohio and Texas primaries on March 4, and she has begun reassuring anxious donors and superdelegates that the nomination is not slipping away from her, aides said on Monday.

Mrs. Clinton held a buck-up-the-troops conference call on Monday with donors, superdelegates and other supporters; several said afterward that she had sounded tired and a little down, but determined about Ohio and Texas.

They also said that they had not been especially soothed, and that they believed she might be on a losing streak that could jeopardize her competitiveness in those states.

“She has to win both Ohio and Texas comfortably, or she’s out,” said one superdelegate who has endorsed Mrs. Clinton, and who spoke on condition of anonymity to share a candid assessment. “The campaign is starting to come to terms with that.” Campaign advisers, also speaking privately in order to speak plainly, confirmed this view.

Several Clinton superdelegates, whose votes could help decide the nomination, said Monday that they were wavering in the face of Mr. Obama’s momentum after victories in Washington State, Nebraska, Louisiana and Maine last weekend.

Some said that they, like the hundreds of uncommitted superdelegates still at stake, might ultimately “go with the flow,” in the words of one, and support the candidate who appears to show the most strength in the primaries to come.

The Clinton team moved on Monday to shift the spotlight off the candidate’s short-term challenges and focus instead on “the long run,” in the words of her senior strategist, Mark Penn.

“She has consistently shown an electoral resiliency in difficult situations that have made her a winner,” Mr. Penn said. “Senator Obama has in fact never had a serious Republican challenger.”

With primaries on Tuesday in Maryland, Virginia, and the District of Columbia, Clinton advisers were pessimistic about her chances, though some held out hope for a surprise performance in Virginia.

And as polls show Mr. Obama gaining strength in Wisconsin and his native state, Hawaii, which vote next Tuesday, advisers, donors and superdelegates said they were resigned to a possible Obama sweep of the rest of February’s contests.

Some donors also expressed concern about a widening money imbalance between Mr. Obama and Mrs. Clinton: Obama fund-raisers say he is taking in roughly $1 million a day, while Clinton fund-raisers say she is taking in about half of that, mostly online. Mrs. Clinton’s aides say that the campaign was virtually broke as of the Feb. 5 primaries, but that finances have stabilized.

“I think that clearly things have not been going as great as they were with her victories on Super Tuesday, and we can’t wait to get to March 4,” said Alan Patricof, one of Mrs. Clinton’s national finance chairmen.

Mrs. Clinton will have “a major ad buy” through the next week in Wisconsin, a senior adviser said Monday, and spend a few days campaigning there. But this adviser and others said the bulk of her time would be devoted to campaigning in Ohio, Texas and a bit in Rhode Island. In a sign of Texas’s importance, she plans to fly there Tuesday, even though Wisconsin votes next week.

While Mrs. Clinton’s advisers and allies emphasize that she has the time and the financial resources to regroup, they say she will have to take more significant steps to shore up her candidacy beyond the staff shakeup she engineered on Sunday, when she replaced her campaign manager and longtime aide, Patti Solis Doyle, with another veteran adviser, Maggie Williams.

Campaign advisers said they expected Ms. Williams to bring new energy to both the campaign team and Mrs. Clinton, after a long year of campaigning, and to encourage her to show more spunk and determination on the campaign trail. They say they do not expect the candidate’s political message to change appreciably; she will increasingly focus on the concerns of working-class voters, a key demographic in Ohio, as well as of Hispanics, a significant population in Texas.

As she seeks to erect a fire wall for her candidacy in Ohio and Texas, Mrs. Clinton will deploy her husband, former President Bill Clinton, to campaign in both states, particularly in Ohio, where her advisers believe his popularity will help her with working-class voters, labor union members and black voters.

In a conference call with reporters on Monday, Mr. Penn, who is also Mrs. Clinton’s pollster, played down some polls that showed strength for Mr. Obama and highlighted Mrs. Clinton’s abilities to beat the leading Republican candidate, Senator John McCain of Arizona.

“We believe that Hillary Clinton in the long run is better positioned to take on John McCain,” Mr. Penn said.

Yet some Clinton donors and superdelegates worry that the focus on Mr. McCain is premature, and that other strategic decisions by the campaign — like counting on Michigan and Florida delegates to be seated at the convention even though their status is in limbo — show faulty thinking that suggests the Clinton campaign does not have a short-term game plan against Mr. Obama.

“They are looking way too much at Florida, Michigan and McCain, because all three won’t matter if she doesn’t blow Obama away in Texas and Ohio,” said a Democrat who is both a Clinton superdelegate and major donor, and who spoke on condition of anonymity to offer a candid assessment of campaign strategy. “Obama has momentum that has to be stopped by March 4.”

Clinton advisers took issue with the notion that Mr. Obama’s momentum was significant, noting that his victory in the Iowa caucuses did not translate into winning the New Hampshire primary five days later, and his South Carolina victory did not prevent Mrs. Clinton from winning the biggest states on Feb. 5.

“There is no evidence that voters are voting based on momentum — in fact the evidence is to the contrary,” said Howard Wolfson, Mrs. Clinton’s communications director.

Hassan Nemazee, another national finance chairman for Mrs. Clinton, said he was also telling his network of allies not to get caught up in the headlines about Obama

“I’m telling donors and supporters: Don’t be overly concerned about what goes on in the remainder of the month of February because these are not states teed up well for us,” Mr. Nemazee said.

Asked if that message was sinking in, he pointed to the campaign’s announcement that Mrs. Clinton had raised $10 million online so far this month, and was on pace to raise more than $25 million in February.

“I predict for you we will have our best single fund-raising month in February, and that’s significant,” he said.