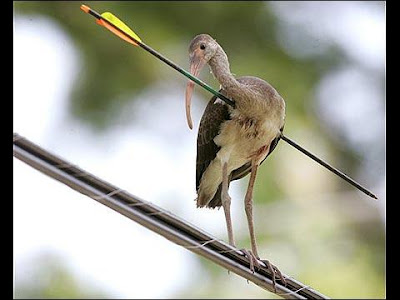 We are shooting down the satellite to prove  we can.
There are many good reasons for doing so. The Chinese are making remarkable progress in the military use of space. They are also developing technology to neutralize US space based communications and combat control.

All this makes US carrier fleets more vulnerable than at any time since the Battle of Midway. Surface ships are vulnerable to anti-ship missiles, torpedoes, unmanned aircraft systems and unmanned aerial vehicles.

The Russians, Chinese, and the Indians all have the technology that can sink our carriers.

Putin is becoming more and more paranoid about US intentions towards Russia. India and China are merchants to the world and it is only a matter of time before countries such as Iran will get carrier killing weapons systems. All of these systems are satellite dependent.

USA to shoot down rogue satellite

In a scenario reminiscent of Hollywood science fiction, the Pentagon says it will try to shoot down a dying, bus-size U.S. spy satellite loaded with toxic fuel on a collision course with Earth.

The military hopes to smash the satellite as early as next week, just before it enters Earth's atmosphere, with a single missile fired from a Navy cruiser in the northern Pacific Ocean.

The dramatic manoeuvre may well trigger international concerns, and U.S. officials have begun notifying other countries of the plan. They are stressing that it does not signal the start of a new American anti-satellite weapons programme.

Military and administration officials said the satellite is carrying fuel called hydrazine that could injure or even kill people who are near it when it hits the ground. That reason alone, they said, persuaded President George W. Bush to order the shoot-down.

An official predicted a chance as high as 80 per cent that the satellite will be hit by a shot fired when the satellite is about 240 kilometres above the ground. The window of opportunity for taking the satellite down, he said, opens in three or four days and lasts for about seven or eight days. Left alone, the satellite would be expected to hit Earth during the first week of March. About half the 2,270-kilogram spacecraft would be expected to survive its blazing descent through the atmosphere and would scatter debris over several hundred miles.

A Navy missile known as Standard Missile 3 would be fired at the spy satellite in an attempt to intercept it just before it re-enters Earth's atmosphere. It would be “next to impossible” to hit the satellite after that because of atmospheric disturbances, the official said.