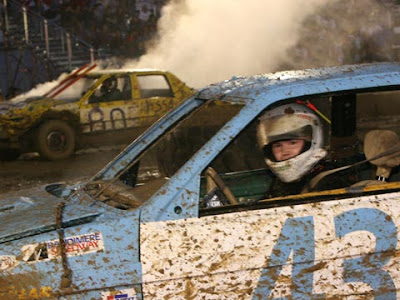 George Bush, Republican, proposed a $3.1 trillion budget today that will come with $400 billion deficits. When he leaves office, the financial condition of the United States will be as follows:
My point is simple, the Republicans, and George Bush dropped the ball on their one strong suit, government spending. That was Republican self-destruction and by a large measure is responsible for the mess the party is in.

However, by all indications it appears that Barack Obama has a good chance of upsetting Hillary and will be the Democratic choice. He is an unknown quantity and once the excitement dies down, which it will, his record and talents other than those of an orator will be thoroughly examined. I doubt that he will pass the test. A Republican can still win this if the Republicans do not destroy the last man standing.

It's one thing when your political adversaries denounce your Party and hold a gleeful funeral procession with your ashes on public display. We expect our adversaries to behave this way.

It's another thing altogether when your own luminaries dance to the opponent's fight song and give woeful credence to the wishful thinking of your adversaries.

The leftists are having a field day dancing around the near-dead carcass of the Republican Party, and we seem to be joining them at every turn.

Well, enough is enough, I say. It's time for Republicans to get a grip.

Instead of wildly picking at the bark of a single tree here or there, we need to take a step back and look at the forest. Getting bogged down in a single issue, or even three or four, is not Reaganesque.

The left got its fire lit by two events: (1) the impeachment of their standard bearer; and (2) the contested electoral victory of George W. Bush. That fire might have extinguished itself, however, if not for the huge infusion of cash from leftist billionaire, George Soros, and his wealthy friends.

Put all that money together with a growing network of leftist political action committees. Spin the same message a hundred different ways, amplify it through the mass media and aim all the ammunition at one target: George W. Bush.

The left has effectively polarized President Bush, even to the extent that his own Party believes much of the propaganda. Peggy Noonan wrote just last week that "George W. Bush has destroyed the Republican Party."

Polarization, the tactic espoused by Saul Alinksy, guru to both Obama and Rodham Clinton, is paying big dividends for Soros and his vast left wing coterie of financiers. George Bush, whose college grades at Yale were better than Al Gore's at Harvard, is stupid; the Iraq War is a dismal failure to be ended, despite the victory being won by our troops; the economy, still growing, albeit at a slower pace than before, is in a recession. People in mass numbers believe these lies.

For one thing, the propaganda blitzkrieg has most likely persuaded many ardent conservative politicians to spare themselves and their families the same treatment, thereby keeping them out of the race altogether.

For another, this polarization has resulted in moving the electoral middle slightly left. This, in turn, allows the Democrats to run two of the most far-left, socialist candidates in history and make it seem as though they are America-loving moderates.

I cannot tell you how many genuine, upstanding American citizens I've heard lately say that even they would vote for a Democrat next election just to stop the constant hate-mongering barrage from the left.

This is much like the attitude of the beleaguered parent who gives in to every childish demand just to stop the tantrum and get a little peace. Americans are wanting a president who cannot be so easily polarized, and they are looking toward the middle.

Moving the middle to the left is forcing the Republicans to run centrist candidates, all of whom have veered off Reagan's path on one or more big issues. That's the big-picture reality, and no amount of protest to the contrary is going to change the picture by this time next week.

But does any of this spell death for the Republican Party?

Only if we let it.

So, what would Ronald Reagan do?

Nobody knows, of course, since he isn't here to tell us. I suspect, however, that the very last thing he would do is start blaming his own. He wouldn't go off half-cocked for all the world to see how his political adversaries had gotten the better of him. And he wouldn't be raising any white flags just because the realities of the political landscape demanded new, slightly different strategies.

Ronald Reagan has been transformed from a living, breathing, human president into a political icon, and I think he would positively hate this.

He would be the first among us, I believe, to demand an end to holding every candidate up to the false picture of conservative perfection we ourselves have created. The problem with making icons is that it is necessary to discount every negative and embellish every positive. When this process is applied to human beings, nothing can result but a false picture that sets its admirers up for failure and disappointment in the long term.

Would Ronald Reagan encourage this childish fantasy? I think not.

And it wouldn't take him five minutes to list the vast differences between one of the Republican centrist candidates and either a Hillary Clinton or a Barack Obama. Both stand for centralized government solutions to every individual problem. Both stand for expansion of government control on everything from regulating the environment and our health care to an even tighter, iron grip on our education system. Both are internationalists who see America as more of a problem to the world than the source of emulation and better solutions.

When I heard Ann Coulter last week on Hannity and Colmes say that if John McCain is the Republican nominee for President, she would go out and campaign for Hillary Clinton because there isn't a shred of difference between them, I gasped in disbelief. Honestly, I thought the poor dear has completely lost it.

Ronald Reagan was no quitter and he was no fuzzy-brained idealist either. He was a pragmatist all the way, seizing the best opportunity since WWII to bring the Country back rightward. That opportunity had a name: James Earl Carter. There was no vast right wing conspiracy to bring Carter down; he did it all by himself. Reagan dove in and picked up the Country's pieces, and ended the cold war in one preesidency.

But Reagan, of all people would have the good common sense he derived from God to know that 2008 is not 1980. The political landscape has changed, and no amount of fretting, whining, fuming or swearing is going to change that one iota.

Time to get a real grip Republicans. Face reality. And elect a true America-loving centrist who can stop the bleeding. The whole electorate is crying out for an end to the polarizing politics and a man who can truly unite the Country.

We need to do this one for the Gipper.