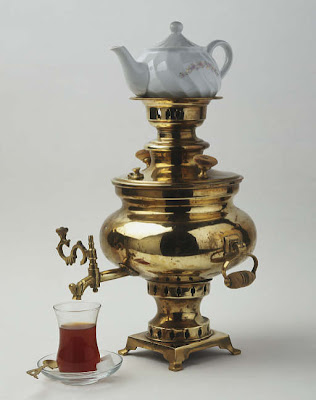 "Come over for some tea why don't you and oh by the way we assaulted
your northern borders today."

There does not seem to be much of a fuss about this in the media. It certainly is not a "Gulf of Tonkin" moment. AFP reports that Turkish President Abdullah Gul invited his Iraqi counterpart Jalal Talabani to Turkey in a telephone call Thursday night as he informed him of Ankara's ground operation in northern Iraq, Gul's office said Friday.

"During the call, our president conveyed information on the objective of the ground operation which began Thursday night," the statement said.

Gul also underlined Turkey's intention to boost bilateral ties with Iraq in all fields and invited Talabani to Turkey, it added.

The operation to hunt down guerrillas from the separatist PKK was announced by the Turkish military this morning, and came hours after Turkish warplanes and artillery bombed suspected rebel targets.

Turkey's private NTV television station said that 10,000 troops were taking part in the offensive and had penetrated six miles into Iraq, although these reports were unconfirmed by the military. Turkish troops have been massing on the northern Iraqi border for months.

The country's Dogan News Agency reported that the Habur border crossing, a major conduit for trade between Iraq and Turkey, had been closed.

Analysts believe that today's campaign is the biggest launched by Turkey against the Kurds since the 1990s, when a number of cross-border raids were carried out.

"The Turkish Armed Forces, which values Iraq’s territorial integrity and its stability, will return as soon as planned goals are achieved," the Turkish military said, announcing this morning's operation on its website.

"The executed operation will prevent the region from being a permanent and safe base for the terrorists and will contribute to Iraq’s stability and internal peace."

The military said its target was the PKK and that it would take care not to harm civilians. It warned that other militias in the area should "not act in enmity against the Turkish Armed Forces".

It is the first time the Turkish military have carried out a threat to launch a cross-border ground invasion following the decision of the Turkish Parliament to authorise the military to strike rebels in October.

International observers have expressed huge concern that any major confrontation between Turkey and the Kurds could lead to spiralling instability in Iraq, which has already been locked in sectarian violence since the 2003 invasion.

"Turkish ground forces have entered into northern Iraq for what we understand is an operation of limited duration to specifically target PKK terrorists in that region," Rear Admiral Gregory Smith, a US military spokesman, said, giving what appeared to be lukewarm American approval for the campaign.

"Turkey has given its assurances it will do everything possible to avoid collateral damage to innocent civilians or Kurdish infrastructure."

Turkey has conducted air raids against the guerrillas since December with the help of US intelligence, but it has only scarcely carried out so-called "hot pursuits" in which small units sometimes spend only a few hours inside Iraq.

It has been locked in a bitter battle with Kurdish separatists since the PKK began fighting for a Kurdish homeland in south-eastern Turkey in 1984. More than 30,000 people have been killed in Kurdish terrorist attacks and Turkish military operations since then.