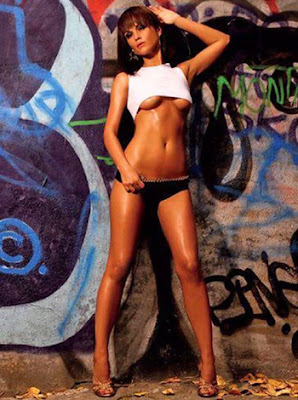 BEIJING, Jan. 30 (Xinhuanet) -- Anna Loginova, Russia's most famous and glamorous female bodyguard, has been killed in Moscow while trying to defend her Porsche Cayenne from a hijacker, media reported.

Loginova, also a former model and the head of a private security firm, on Sunday tried to fight off the carjacker and clung to the door handle. She was killed after being dragged along the street at high speed as the car screeched away.

"She suffered serious injuries and died at the scene," said a police spokesman.

Loginova was a famous Russian model before venturing into the security business and had shot advertising campaigns for BMW, Chanel and other world-known brands.

She took lessons of Jiu-Jitsu martial art and mastered the sword handling. Afterwards, she opened her own security firm for women.

In a recent magazine interview, she insisted that she and her team of glamorous bodyguards gave better protection than the more traditional beefy male security men.

"I do think that a girl should be a girl, not a Terminator," she said. She posed semi-naked for a Moscow men's magazine to make it clear that she was feminine as well as good with a gun.