World’s most powerful, technologically advanced nation finds it impossible to neutralize the IED 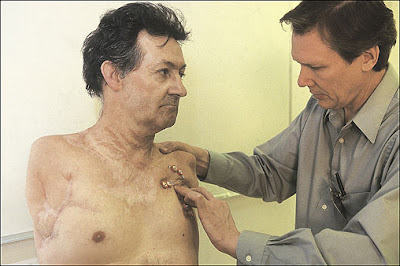 The single most heartbreaking aspect of the Iraq war is the daily carnage against US troops due to IEDs. Nine U.S. troops were killed in Iraq on Saturday, bringing the U.S. military death toll so far in June to 79, the military reported.

Four of the troops were killed when a roadside bomb exploded near a coalition vehicle northwest of Baghdad on Saturday. An Iraqi interpreter riding with the soldiers was wounded.

The soldiers were with Multi-National Division-Baghdad, which has been conducting raids in the area north of the Iraqi capital to destroy insurgent safe havens, the military added.

Two other U.S. soldiers assigned to Multi-National Division-Baghdad were killed and three others were wounded when their unit was hit by a roadside bomb and small arms fire in eastern Baghdad early Saturday, the military said.

Those that survive are horribly maimed. They will be so from now and until their enthusiastic fresh faces wilt from age and become heavy with flesh and time. They will be forgotten as all disabled vets have been in all previous wars. Their reality will be a life of averted glances, pain and challenge. It need not have happened. How did it and why does it continue?

The US has spent $10 billion in an unsuccessful campaign to defeat these weapons, but IEDs, not gunfire, still account for the large majority of American casualties. It makes no sense to me, a non-soldier, to have US military vehicles rolling along on Iraqi roads where surveillance and clearing methods are inadequate. The Iraqis have all the bomb material necessary because we had too few troops to secure ammo dumps when we attacked Iraq and now the pilfered material kills and maims daily because we have inadequate forces to secure the roads.

I would be willing to bet that if George Bush, Dick Cheney, Paul Wolfowitz or Don Rumsfeld had family members riding mean Iraqi roads this would not have been. The Bush Administration has compassion and resources for millions of illegal entrants to the US, but never had the courage to ask for the sacrifice of the US to supply adequate troops and resources to the war of its creation. The architects and chief decider will never pay the price of their ineptitude and stupidity.

When I was in combat in Vietnam, my unit walked into ambushes from time to time…but never on a road. Early in his training, every soldier learns that you never travel a road or a trail until it has been secured in all directions to the maximum effective range of your weapons. Well, if it’s a violation of such a basic principle, why are we still doing it?

Recently, I asked this exact question of veteran officers with multiple tours in Iraq, and their replies were identical: not enough troops. Clearing and securing roads are labor-intensive exercises. To be sure, we are using technology to substitute for some of the labor, and we do defeat many IEDs in place before they can do harm, but there is really no operational excuse for driving into an ambush. If a vehicle has become the target of an IED, it means that security has been forsaken for expedience. As long as our troops drive along roads that have not been properly secured, some of them will be killed and maimed by IEDs. 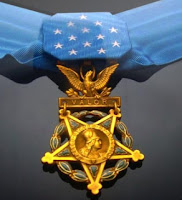