"When people see a strong horse and a weak horse, by nature, they will like the strong horse" 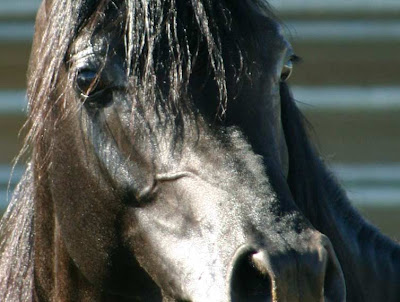 The strong horse has arrived. It did not come from where bin Laden expected. It is not Arabian but an agile, intelligent and ruthless Persian. Gaza reflects events in Lebanon, Iraq and Afghanistan. A militant messianic/martyr Islamic cult is taking hold. The take over in Gaza was swift and appears to be complete. What does this mean for Iraq?

At a time when we need skilled and intelligently tough leadership we have something less. Abandon Iraq, as the Israelis abandoned Gaza, and events will quickly sort themselves into another Iranian influenced victory for an Islamic cult. Saddam Hussein understood the threat. He died cursing the Persians, in stunned disbelief that a plow horse with blinders led the Americans.

Our naive mission to graft democracy to Islam must give way to a realistic appraisal and acceptance of an unpleasant reality. We are stuck in the beginning of a hundred year religious war. We were not prepared for it and have yet to begin to adjust to it. We have a choice. We can react to events and be carried along with them or we can step aside and let the inevitable adjustments within Islam take place. We already have one nuclear near-Islamic state in Pakistan. It is one bullet away from who knows what.

Should the US attack Iran's budding nuclear assets, Iran has already set in motion and place the suicide squads necessary to attack US global interests. We attack, we pay. We do not, we pay. Weak diplomacy will never influence the Iranians. A war with Iran could be very costly with unknown consequences. Acquiescence would be worse.

These are the most dangerous times since 1941. We will get no help or cooperation from Russia or China. Their interest is to support a weakening of US power. The Chinese are doing it brilliantly the Russians more clumsily. We on the other hand have a leader who loses his watch accepting accolades from adoring Muslims in a future European-Muslim state of our making. The Albanians may adore Bush but there are few significant allies left that trust him. He has little credibility to inspire, influence or lead, so dissipating has been his governance. The US needs a comprehensive appraisal of foreign policy and a strategy for this new hostile environment. We desperately need leadership that understands this.