The Hard Time Reality of a Nuclear Iran 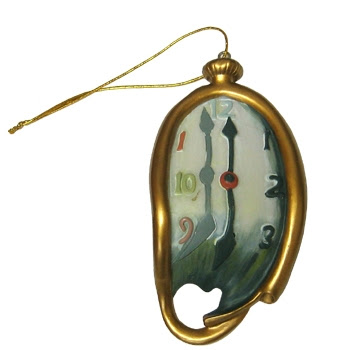 Talking will not stop them. One bomb will become five. Five, then fifty. Oil trumps paper and the paper will buy submarines and more missiles. Tactical theater weapons will soon be strategic and we know what their strategy is. We can bob and weave a defensive strategy or we can smoke them while we have them. Doing something or nothing will be costly. A half measure will be deadly. Time keeps on moving into the future. What is a man to do?

Iran has moved significantly closer towards acquiring the ability to make a bomb as the regime claims to have stockpiled 100kg of enriched uranium.

So far, this uranium has only been enriched to the level needed for generating electricity in civilian nuclear power stations.

But if Iran chooses to enrich it to 84 per cent purity, it would reach weapons-grade level and become the essential material for building a bomb.

Iran would need 50kg of weapons-grade uranium in order to make one nuclear weapon of the kind that destroyed Hiroshima in 1945.

By storing twice this quantity of low-enriched uranium, President Mahmoud Ahmadinejad's regime is widening its options.

It could choose to enrich the stockpiled uranium to weapons-grade level in a matter of months – perhaps after formally withdrawing from the nuclear non-proliferation treaty and breaking out of all international safeguards.

Uranium is enriched using machines called centrifuges. These have now been installed in Iran's nuclear plant at Natanz. A snap inspection by the International Atomic Energy Agency last month found that 1,312 centrifuges were operating.

Iran's official target is to bring 3,000 into action – enough to produce sufficient weapons-grade uranium for one bomb in about a year.

Mustapha Pourmohammedi, Iran's interior minister, told the official news agency that the moment of maximum international pressure on his country had passed and that Teheran would press ahead with the nuclear programme.

"When the world saw that the nation is pursuing this goal with unity, the world has surrendered. We have passed the dangerous moment," he said.

Iran claims that its nuclear ambitions are entirely peaceful and designed to do nothing more than generate electricity for its growing population of 70 million. But western governments disbelieve this assertion.