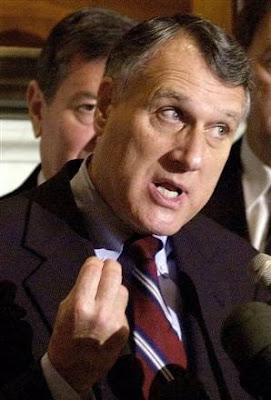 What a smug smooth talking snake in the grass you have there in Arizona. I advise anyone from Arizona to listen to c-span and hear this slick arrogant tongue twisting high wire trapeze artist. Can you vote on a recall of a US Senator? Every Republican defending this bill starts talking about the need for change because the existing laws are not being enforced. How stupid do they think we are? Who has the responsibility to enforce existing US laws?

U.S. Senator Jon Kyl of Arizona has outraged many Republicans by joining with Ted Kennedy in sponsoring and leading the fight for the new Senate amnesty bill. He has joined John McCain as the two most unpopular elected officials among rank and file Republicans in Arizona.

Kyl has thus joined President Bush and Karl Rove in thinking that “statesmanship” means abandoning your party’s core principles in order to appease the National Council of La Raza. It is significant that neither Kyl nor Bush need face voters again.

Were the bill’s proponents “rising above politics” when they tried to ram the package through the Senate without hearings or adequate debate? Are they being “statesmen” when they attempt to deny the bill offers an instant amnesty to 12-20 million illegal aliens? Is it “rising above politics” to accept “triggers” for border security and “certification” by the Secretary for Homeland Security instead of genuine border control demonstrated by actually halting the flow of trespassers? If Kyl truly believes that the triggers and the certification will be effective, why does the bill grant de facto amnesty through the “probationary z visa benefits” immediately -- before the triggers come into play? This feature alone reveals the “grand compromise” to be a sham and a fraud.

In speaking to the House Republican Conference on May 22, Senator Kyl had few answers to the specific objections made to the Senate bill by House Republicans. His defense was essentially trust me: this is the best deal we can get and we have to take it because we have no alternative. 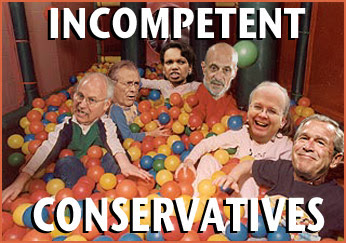 Thus the defense of the Senate bill among hard-nosed political pragmatists in Washington comes down not to the merits of the proposal as a solution to our broken borders, but to pure politics: It’s good for all of us politicians to have this issue behind us. This is “bipartisanship,” Washington style. Shut up and drink the Kool-Aid.

In truth, Kyl is simply a victim of the Stockholm Syndrome: He adopted the thinking of his Senate captors. By saying that a bad bill is better than no bill at all, he shows the effects of political water-boarding. Too many weeks of closed door sessions with Ted Kennedy and George Bush can do that to you. 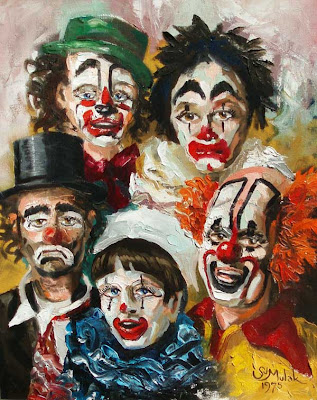 Kyl has bought into the Washington mantra that we must to “get it off the plate by 2008.” Why does the Washington establishment fear having border security and immigration control debated in the 2008 national election? What is wrong with holding public officials accountable for their votes?

Republican Senators backing the amnesty bill have been suckered into the most disastrous “bargain” of the era. If passed in anything resembling its current form, the Republican Party can kiss the White House and control of Congress goodbye for the next 50 years. Thanks a bunch, Karl Rove.

For five years Karl Rove and other White House minions have lectured conservatives that amnesty is smart politics because it will win support among the growing number of Hispanic voters. This is total nonsense. The 2007 amnesty will be even more disastrous for the nation as the 1986 amnesty, and this time there are no excuses. But if it is bad policy, why is it “statesmanlike” to vote for it because it is “good politics”?

The stupidity of what passes for “strategic thinking” about the Hispanic vote is darkly amusing. None of these self-styled strategists has done any heavy lifting in actually analyzing the patterns of Hispanic voting. They seem to be willfully ignorant of the underlying realities and historical patterns of voting by newly arrived immigrants.
Professor James Gimpel of the University of Maryland has shown why the millions of low-wage, low-income illegal aliens soon to be put on a “path to citizenship” by the Senate bill will vote overwhelmingly Democratic for two generations. Democrats seem to understand this instinctively, while Republican leaders whistle past the graveyard.

Unfortunately, the Senate amnesty bill is neither good policy nor smart politics, and history will not judge Senator Kyl’s “grand compromise” kindly. The Kennedy-Kyl bill will replace the 1986 Simpson-Mazzoli deal as the most cynical bait-and-switch con job ever sold to the American people.

All this does not make Jon Kyl an evil man. After all, General Benedict Arnold was not an evil man. The pundits of his time all believed the British would win the war.